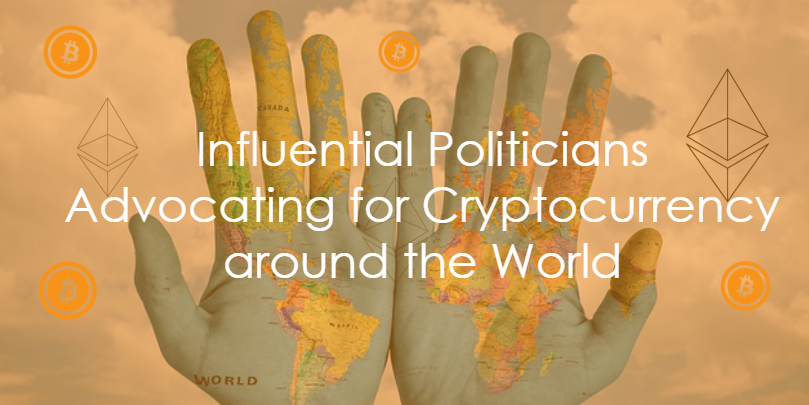 Cryptocurrency is not bound by borders seeing as its tradable from anywhere. Nevertheless, its adoption is hindered by the stance taken by nation states. Politicians have the power to push crypto to the next level of mainstream adoption.

Not only politicians but also celebrities claim to be endorsing Bitcoin and automatic trading apps like the Bitcoin Code app. The creators of some of these trading apps, however, are falsely using the images of successful celebrities, businessmen and politicians without their consent to promote these platforms. One of the more recent celebrity scandals involved the star of the TV show ‘Dragon’s Den’, the entrepreneur Peter Jones.

The stateless nature of cryptocurrencies makes them difficult to resist. There has been an expansion of economic activity globally geared around regulating and quantifying crypto assets. Politicians and regulators will play a big role in pushing crypto into mainstream finance. Investing in cryptocurrency remains a high risk, but better regulation may help to legitimize and give investors greater protection.

Crypto in the spotlight

Wang Pengjie, a Chinese politician, has raised the possibility of establishing a crypto trading platform at a national level. Prince Hamdan Bin Mohammed of Dubai recently launched a Blockchain strategy. The Prince has also been seen pushing for the highly-sought position to be at the forefront of this technological revolution.

Benjamin Netanyahu, Israel’s prime minister, has also been an advocate for digital currency and Blockchain. The minister has spoken nothing short of praise for the technology remarking that the technology will soon render banks obsolete. In Japan, Takeshi Fujimaki has proposed a number of changes to the current taxation system for crypto.

Vladimir Putin, Russia’s president, has also opined that lawmakers should stop hindering the development of these technologies. Putin has noted the potential in cryptocurrencies hence the drive to develop the digital currency sector in Russia.

During the 2018 midterm elections in the United States, a number of crypto friendly lawmakers have secured governorships. Jared Polis pro-tech candidate and Bitcoin advocate was elected governor. Gavin Newsom an early BTC adopter was also elected as governor of California.

President Nicolas Maduro of Venezuela is also a crypto-friendly politician who is behind the Venezuelan coin, Petro.