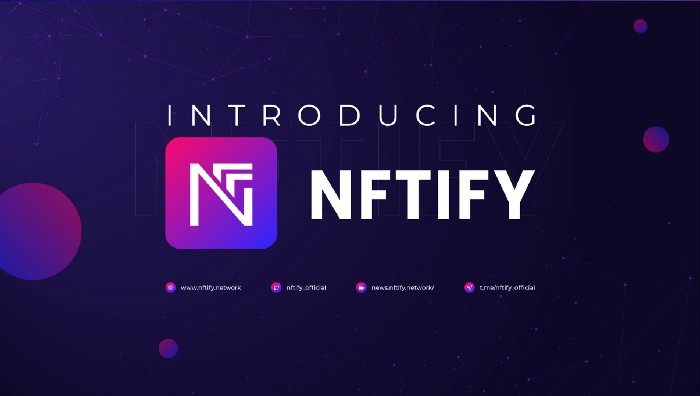 NFTs are having a major cultural influence. Recently, the digital artist Beeple auctioned an NFT for $69 million, while Jack Dorsey sold his first tweet as an NFT for over $2.5 million. Much like many innovations, an idea begins as art before it’s commercialized.

More than being culturally significant, NFTs represent an enormous business opportunity. As NBA Top Shot has proven, millions of NBA fans are willing to pay for exclusive ownership rights for digital content of their favorite teams and players. They buy and trade NFT tokens much like fans used to trade baseball cards.

With such a momentous opportunity available to innovators, businesses of all sizes wanted to build their own NFT stores. However, without the huge capital base and technical expertise available to organizations like the NBA, the cost was prohibitive to small outlets.

Small businesses and individual artists need a Shopify of NFT stores. They needed a platform that quickly and easily let them build their own NFT store, and so that’s exactly what NFTify created.

NFTify’s platform empowers anyone to launch their own NFT store that offers the same value as NBA Top Shot. So let’s take a look at how entrepreneurs and artists can take advantage of this unique opportunity.

The first-ever NFT was created back in 2014. It depicted a video of a set of spinning dollar symbols inside a picture frame. While today that NFT is now valued at over $7 million, it took a long time for NFTs to provide themselves as a reliable asset and find product-market fit.

In 2017, the hype around NFTs grew as projects like CryptoPunks and CryptoKitties became popular. However, traditional investors and large corporations remained skeptical of the trend. It wasn’t until 2020 when NBA Top Shot was released that the NFT space gained mainstream legitimacy.

NBA Top Shot has quickly become a business valued at over $2.6 billion as basketball fans buy and trade NFTs of their favorite NBA players and highlights. While earlier projects validated the concept of NFTs in the cryptosphere, NBA Top Shot has proven product-market fit amongst the general public.

Now, with the business model proven, businesses and artists of all sizes are looking for a way to enter the space and offer their own NFTs.

Wait, What Exactly Are NFTs?

NFTs are non-fungible tokens, meaning that the token is a unique one-of-a-kind asset. In comparison, Bitcoin is fungible as 1 bitcoin can be swapped for any one of the other 21 million bitcoins. By way of example, NFTs are like a one-off Banksy painting, while Bitcoin is interchangeable like US dollars.

We know an NFT is non-fungible because it is stored on an immutable blockchain, which categorically proves ownership of an NFT. So while a Monet painting can be forged and sold, it’s impossible to forge an NFT because each item can be traced on the blockchain—making them truly scarce and immutable.

For the first time in history, NFTs provide verifiable and immutable ownership over an asset.

Businesses and Creators Can Build Their Own NFT Stores

Thousands of businesses across the world have witnessed the incredible value that NFTs could bring to their business. With the business model proven, entrepreneurs and artists can realize the value of this technology by launching their own NFT store. There are so many industries ready for disruption, including art, movies, gaming, and sports. It’s an exciting opportunity for entrepreneurs and innovators.

NFTify empowers businesses and artists to launch their own NFT store. It’s an easy no-code solution that’s affordable, fast, and reliable. Essentially, it offers businesses of any size access to the same technology that the NBA is using. NFTify takes a complex technology and makes it easy to use.

Critically, NFTify makes this technology affordable for everybody. As many other NFT stores are built on the Ethereum blockchain, they are subject to paying high gas fees that increase their costs significantly. In contrast, NFTify is built on the Polkadot blockchain that offers a far more affordable solution thanks to its superior scalability and interoperability.