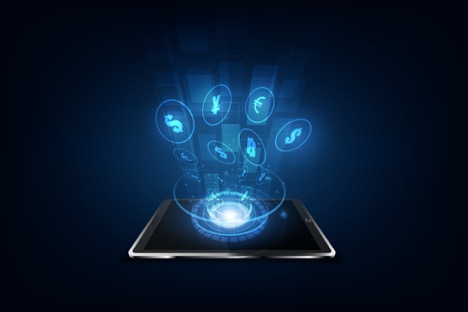 When most people think of crypto as an alternative to traditional currency, one of the first objections brought up is its high volatility. And although collateralized stablecoins (including crypto and currency backed) and algorithmic stablecoins aim to bring stability to an inherently volatile market, they too introduce a host of new problems.

From the likelihood that algorithmic stablecoins actually lose their peg, to the challenges collateralized stablecoins face with traditional financial institutions, even the most widely known stablecoins still have progress to make before they offer the stability and versatility customers, merchants, and corporations really need.

But in a market where the dominant stablecoins are not as anchored as they seem, can users of digital currency actually find stability, transparency and versatility in one place? The answer is yes, and that’s where e-Money comes in.

A Trusted Solution to a Market-Wide Problem

Existing stablecoins have a number of inherent problems. First, currency-backed stablecoins such as Tether are not transparent or proven to be fully collateralized. It’s also not easy to frictionlessly move between fiat currency and stablecoins as on-ramps and off-ramps are limited in many jurisdictions. This creates third-party risk such as potential intervention between stakeholders like banks, regulators, and governments.

Crypto-collateralized stablecoins also don’t hold collateral in the form of the instrument they’re pegged to, putting them constantly at risk. This creates inefficiencies when dealing with larger transactions that rely on thorough liquidity and sufficient collateralization. Lastly, for algorithmic stablecoins, there are extensive fees that users need to incur when transacting between the pegged asset and a stablecoin, creating slippage and a wider price spread.

e-Money, on the other hand, is a fast and frictionless form of compliant digital cash that is fully collateralized by bank deposits and government bonds, meaning it’s incredibly stable. It allows for near-zero fees, and is interest-bearing in nature.

Although the world of cryptocurrency is built on the concept of decentralization, transparency – or the lack thereof – has become a big problem. The ongoing accusations against Tether’s stablecoin (USDT), for instance, speak directly to this issue. That’s why e-Money has its reserves fully audited four times a year by Ernst & Young. This ensures a regular proof of funds and supports the underlying value of e-Money digital currencies.

On the accessibility side, individuals can open an account in minutes, and e-Money also has a decentralized exchange for easy conversion between currencies. Corporations can easily reduce costs and optimize their business, and local businesses not only enjoy less merchant fees, but also highly liquid immediate settlements.

A Positive Impact on the Crypto Market

e-Money intends to release a whole range of currency-backed stablecoins to a market that craves lower fees, more accessibility, instant settlements, and requires the ability to scale without impacting cost.

The underlying technology e-Money is built on makes it an optimal solution for merchants who want to save on credit card fees, corporations who want fast and simple settlements, and individuals looking for easy access to borderless financial services.

And the future of e-Money is looking bright. In the first half of 2021 alone, there are plans to integrate with blockchain networks such as Ethereum, Avalanche and facilitate credit card payments, bringing its currency-backed stablecoins to users who seek true stability in the face of the storm.