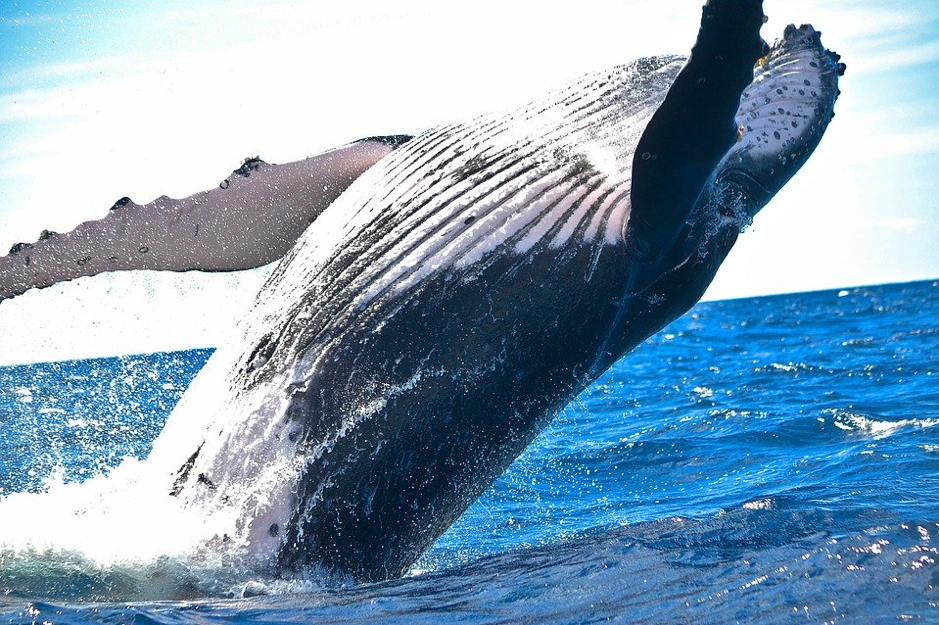 Bitcoin whales have been a rather mysterious entity in bitcoin for years. Almost since the advent of the coin itself. That much is fairly easy to figure out. However, because of the pseudo-anonymity of bitcoin and the very real savvy of whales, knowing much more than that is difficult.

Good or bad, new or old, bitcoin whales are a constant in the bitcoin universe. The only way to really know who they are is if they reveal themselves. While it is possible to follow big wallet addresses throughout the blockchain to glean names or corporation affiliates, the process is highly frowned on within the blockchain community.

This is one reason why it’s massively important to choose a trustworthy exchange, especially if you’re new to bitcoin. That’s because exchanges like Bitvavo have security measures in place to keep your stash- yours. Just like you wouldn’t be too keen on having your bank records part of public knowledge, no one wants their bitcoin wallet addresses publicized. However, we plan to do just that.

What is a Bitcoin Whale?

Bitcoin whales are mega-investors. Owners of any single wallet (except exchange wallets, of course), that hold more than 10,000 BTC. Or more precisely, the owner of one of the top 100 bitcoin wallets in existence.

The whale wallets tend to sell off coins during bull markets, which makes good investor sense, but it really only something you can afford to do if you have plenty of disposable income to take those big risks during market slumps. For someone who has tens of thousands of BTC at their disposal, losing profit on a couple hundred of them isn’t necessarily a bad thing- in fact, it can actually serve to reduce the tax burden in some countries.

So bitcoin whales are just BTC rich, they are incredibly BTC rich. The biggest whale is the inventor of bitcoin themselves, Satoshi Nakamoto. Their wallet is presumed to hold over 250,000 BTC, amounting to over $2.2 billion USD. One of only two wallets in existence that hold over 100,000 BTC. And number one with a bullet, as the number two spot, only holds 101,857 BTC.

What Do They Do?

Bitcoin whales are rumored to control markets in a number of nefarious ways. Clandestinely communicating with one another in order to influence market prices and jump ahead of bitcoins many volatile slumps and bumps. Which in any other arena would be classed as insider trading.

But are whales really the villain here? Or do they use their monetary mountains for the greater good a la the Batman analogy suggested earlier? The answer is just as complicated as you might expect. Because really, it’s a bit of both.

Just like any savvy businessman understands that what’s good for the gander is good for the goose, bitcoin whales make money by promoting faltering markets. By purchasing bitcoin during downtrends- the time that most investors would be selling, whales actually serve to bolster the markets they have so much stake in. Which is both boon and bane for most investors.

Whales have an uncomfortable amount of power over markets and bitcoin valuation- however, that influence has been used to push the market towards success. In a market where artificial inflation and quantitative easing are impossible by design, whales seem to keep a close eye on supply while often trading against demand. Forcing market values to blimp.

Whether or not you see them as the savior or the sinner- whales are here to stay. Outside of the enigma that is Satoshi Nakamoto, five other major bitcoin whales have been Identified. It may come as no surprise that most of these whales are both technology gurus and investment pros, with CV’s almost as impressive as the wallets themselves. Despite sounding like a list of Bond villains, these investors are part of the top 100 that help keep bitcoin booming.

Chief Executive Officer and founder of Digital Currency Group, Silbert is deeply involved in the development of the global financial system. Supporting and creating new bitcoin and blockchain companies.

Founder of Pantera Capital, Morehead has been involved with crypto and bitcoin since 2013. Morehead was formerly known as a Goldman Sachs trader, head of macro trading, and CFO of Tiger Management. He has now focused his attentions through Pantera, on investing in cryptocurrency-related companies, exchanges, and investments.

If you haven’t heard of the twins, you may struggle to ride your local tilt-a-whirl. The brothers sued Facebook founder Mark Zuckerberg in 2004, for stealing their original concept to create the social media giant we’re all familiar with today. After settling for a cool $65 million, the brothers invested heavily in bitcoin and remain crypto giants to this day.

Former hedge fund manager and billionaire Michael Novogratz invested millions of his money in bitcoin circa 2015. The Princeton graduate and former Goldman Sachs partner is looked at as a prominent pundit when it comes to bitcoin price markets and movements.

Bitcoin Gets its Coronavirus Immunity Passport