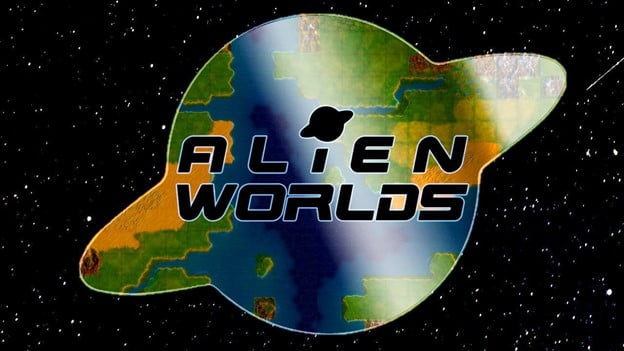 As established digital assets grow in market capitalization, it becomes harder for some hedge funds and institutions to make an investment into an asset that they will not have significant control over. Take Bitcoin mining for example: even a multi-million dollar fund would have challenges in entering the BTC mining market in a meaningful way. This has led hedge funds and institutional investors to look elsewhere, where they can have a stronger initial impact.

Surprisingly, it seems that blockchain-based gaming offers the right combination of incentives to tempt large-scale investors, with many beginning to get involved. This is highlighted through Alien Worlds, one of the most popular blockchain games on the market, with institutions from around the world looking to get in on the interplanetary action.

So, why exactly are hedge funds and interdealer brokers playing in a digital gaming universe? In Alien Worlds everything is tokenized, giving owners and holders absolute control over the value of the asset. If big investors can get in early and conduct a “planetary takeover,” they would have control of Trilium (TLM) flows and be able to dictate planetary rates. There are various assets that can be bought, sold, and traded in-game, such as NFT land in the form of planets, Trilium, the in-game currency, and other NFT produced in the metaverse. With planetary control and staking production rights left up to individual planet owners, Alien Worlds has seen a massive land grab coming from high net worth individuals and organizations.

This dynamic can be expected from aggressive hedge funds looking to gain first-mover advantage, especially when considering the level of monetary control available to the network of contributors. Although Alien Worlds is still a testing ground for this style of investment, it will be interesting to see if others adopt this strategy amongst the most popular blockchain games.

Alien Worlds Puts the Universe in the Palm of Your Hand

Alien Worlds is a vibrant planetary ecosystem where users can partake in gameplay on the blockchain. Running on Trilium, users can stake, mine, and earn in-game with real value. This is possible through NFTs and planetary staking, where the landowner decides what is produced and in what quantity. Planet owners can even create their own NFTs, distributing them to users as collectibles or with underlying value, such as access to a private sector of the universe. Everything within Alien Worlds is limited in nature, replicating the scarcity in our own world.

Hedge funds aren’t getting involved with any arbitrary game just because it is built on a blockchain, but have chosen Alien Worlds specifically for its rate of adoption. Alien Worlds has tens of thousands of daily and weekly players, with gameplay contributing to almost 75 million in-game transactions in the last month alone.

This has excited professionals from New York to Hong Kong as they look to benefit from this rapidly growing sector of the blockchain economy. Combining gameplay, scarcity, and direct monetary value, and then wrapping it up in an intergalactic theme has caused a diverse range of stakeholders to flock towards Alien Worlds, with gamers and employees from large institutions leading the charge.