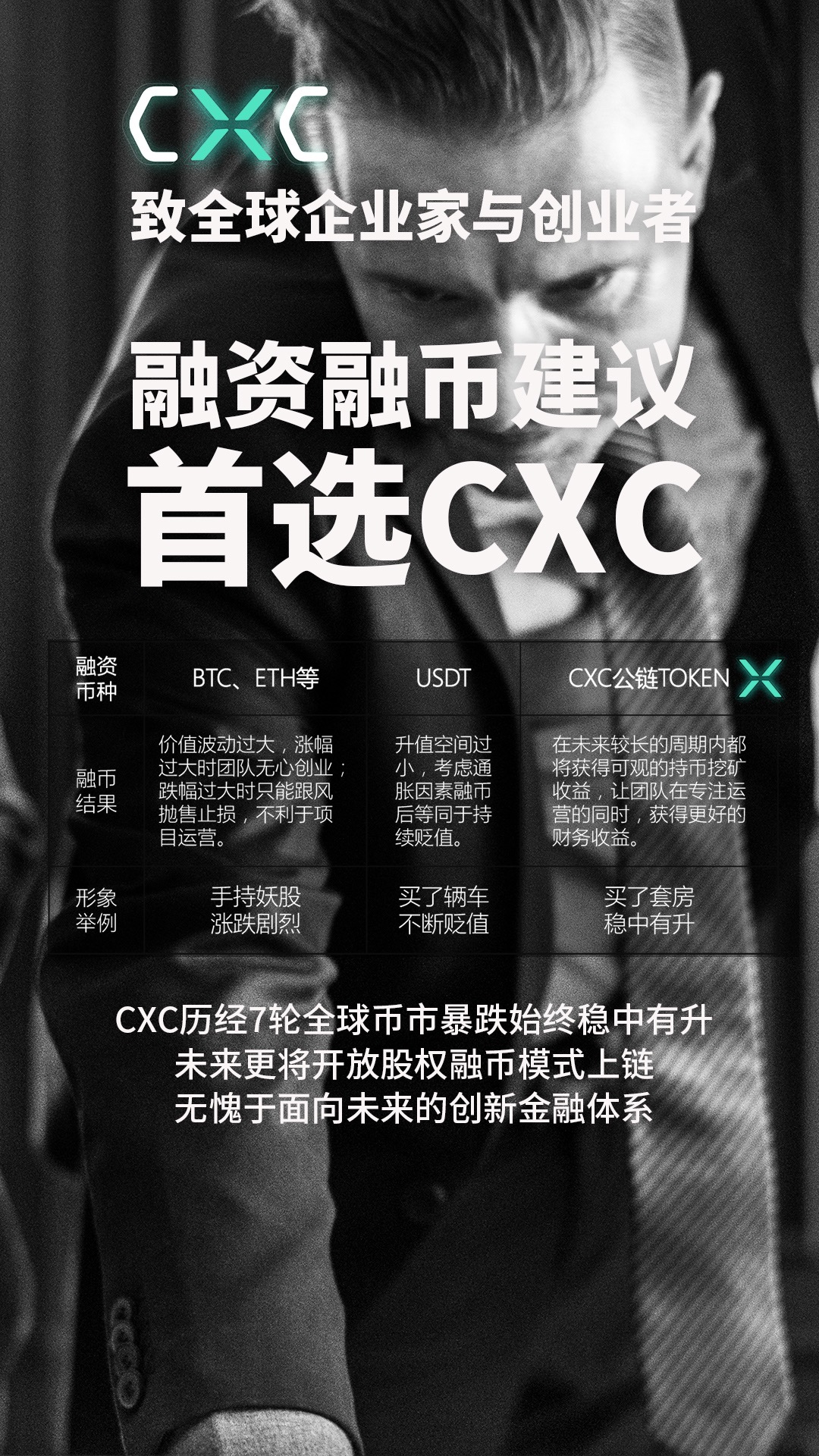 On July 4, 2019, the CXC public chain was officially launched, and achieved the following outstanding results:

The three-hour launch attracted more than 400 BTC’s to participate in the collision. The launch received offers from nearly 50 exchanges in a week, and the price of the currency rose 600% in a week.  So far, the number of bitcoin collisions has exceeded 5500 BTC.

In a short period of two months, CXC has attracted wide attention in the circle, and many media in the circle, such as Iterduo Finance, Shenlian Finance and Block Chain First Sister, have carried out special reports on it.  Among them, Shenlian Finance, known as “the first in-depth reporting medium in the area of blockchain,” recently said in a report: “CXC is more suitable for entrepreneurs to hold on to the fruits of entrepreneurship in volatile market conditions.”

First of all, CXC has gone through several years of continuous technology research and development, and huge investment. It has already taken the lead in realizing millions of TPS.  Therefore, the on-line transaction rate of CXC is far higher than that of all public chains, and the value flow and realization rate are second to none in the industry. Naturally, the nodes participating in the construction of CXC are increasing day by day.  The increase in the number of CXC nodes and the increase in value also constitute a new virtuous circle model.

Secondly, CXC attracts investors to match bitcoin with CXC through its original bitcoin collision mechanism, and obtains CXC awards through block chain game projects.  This mechanism has improved the exposure and popularity of CXC in a short period of time, gained many high-viscosity users for CXC, and initially formed a set of bottom model of value fission.

The most critical factor is that CXC has now formed a mature and complete inter-blockchain technology system, realizing real multi-chain interconnection and inter-blockchain transfer of assets for the first time, which has laid the bottom price for the formation of value ecology built by multi-chain and multi-asset overlap.

It is understood that in order to further expand the value ecology, CXC has accessed 150 API and more than 60 customization rules of block chain.  In addition, the CXC founding team has launched a lightning chain mechanism to lower the threshold for high-quality projects and capital chain. For eligible project teams, it is no longer a dream to quickly join the blockchain.

Combined with the current industry situation, CXC is likely to replace BTC and ETH as the main means of fundraising for the project party by virtue of its exclusive advantages of stable value, excellent technology and community incentives.  At that time, CXC will build a brand-new application mode of blockchain value, become the mainstream in the blockchain world, and benefit every early participant, contributor and investor.