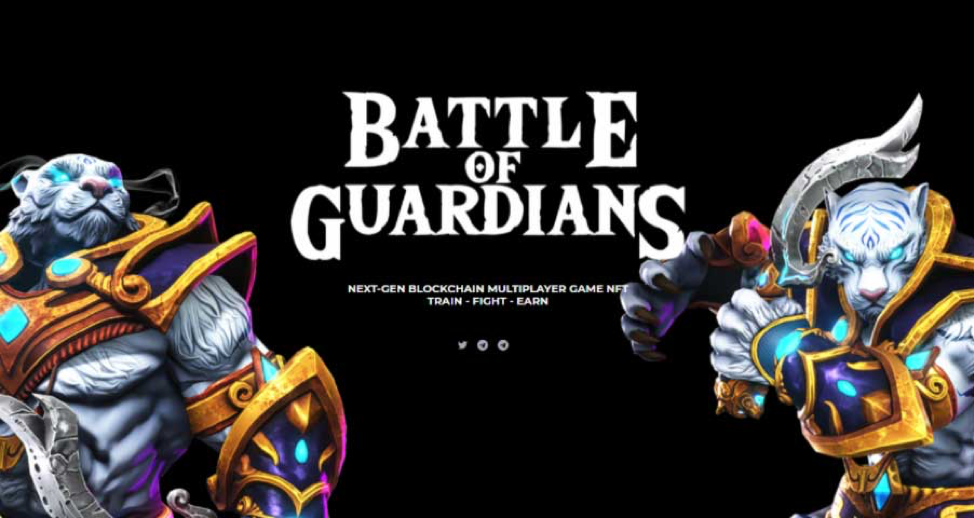 Battle of Guardians is a real-time multiplayer play-to-earn (P2E) NFT fighting game developed in Unreal Engine by its in-house studio, Miracle Gates Entertainment, and built on the Solana network.

Players battle it out in PvE and PvP using their collection of NFT characters, leveraging the rapid rise of blockchain gaming, with the industry’s trading volume growing over 25x in the last six months alone. This growth is perhaps most notable in Southeast Asia where new P2E revenue streams have risen to the point of becoming a viable career path.

Battle of Guardians believes in balanced yet competitive gameplay that matches skill sets against earnings potential with a tiered system of characters, game modes, and in-game token rewards.

Battle of Guardians offers three different game modes for players. Story mode (PvE) pits players against computers over 25 increasingly difficult stages, with each offering varying amounts of token rewards. Arena mode (PvP) sets up random 1v1 player battles based on their game ranking, with every win increasing their token rewards and ranking points. Finally, Tournament mode invites up to 32 players to a knock-out tournament that requires an entrance fee. The overall winner then takes all the rewards.

To achieve the desired balance between gameplay and earnings, Battle of Guardians developed three character types split over three tiers within the game. The characters are divided into Guardians, Humans, and Demons, differentiated by attributes. Guardians have more damage points, Humans more intelligence points, and Demons more health points.

Battle of Guardians Share ($BGS) and Fighting Points ($FP) are the official currencies of the game under a value-added dual token model.

Battle of Guardians Share ($BGS) is the primary currency, useful for purchasing NFT characters, synthesizing NFTs, staking, and governance of the platform.

Players who stake $BGS can earn a competitive yield in staking rewards and gain eligibility to Battle of Guardians NFT drops.

The initial drop will take place in the NFT Marketplace, allowing players to purchase NFT characters in packs of three, divided into Common, Rare, and Ultra Rare packs with higher tier characters for higher rarity.

The marketplace will then become a hub for exchanging in-game items and for an NFT Rental Program.

The NFT Rental Program enables players to rent their NFT characters and assets to other players, with game earnings then split between both parties.

By paying in their $BGS and $FP tokens acquired, players can also combine NFT characters of the same kind and on the same tier to synthesize the same character on the tier above. For example, three Elite Fighters can be synthesized to become one Legendary Warrior.

Players wanting to collaborate in guilds can also take advantage of the Battle of Guardians Scholarship Program built directly into its smart contract. Guilds and scholars can then come to a working agreement on the leasing of NFT characters and the automatic splitting of game earnings.

Phase 1 of the project leads up to the public token sale and game teaser release, having been incubated by the Good Games Guild DAO whose own token sale generated a 50x return since listing.

Ultimately, Battle of Guardians aims to evolve into a sustainable game franchise to lead the NFT fighting game industry and enable more developers, investors, and players to explore the opportunities of the gaming metaverse.