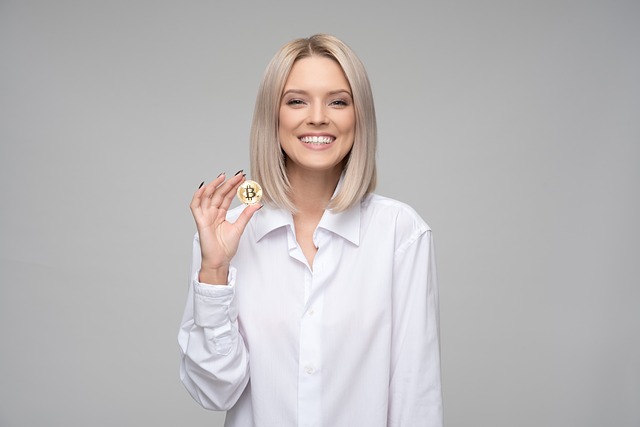 What makes a good blockchain event? The venue, networking opportunities, accommodations…but perhaps more than anything else, speakers. When planning a blockchain conference or summit, it’s essential to have a mix of speakers who can inform and engage a crowd while representing a diverse range of perspectives on the blockchain revolution. Here are a few figures you should seek out:

Good conferences are not supposed to be boring. Yet many attendees have a hard time staying awake through long days of lectures and panels (and open bar policies at mixers the night before probably don’t help!). But some figures in the blockchain world can’t help but draw people’s attention–and many of those spotlight-loving figures also have real experience and insight to back their oratory style up. Celebrity security expert, computer programmer, and “Bad Boy of Blockchain” John McAfee prepared for Blockchain World Conference in Atlantic City, NJ by challenging JP Morgan CEO Jaime Dimon (who infamously called bitcoin a fraud) to a public televised debate. Whether Dimon takes up the offer or not, attendees of the July conference won’t have to worry about falling asleep during firebrand McAfee’s keynote address.

By now there are many influential institutional players and celebrities in the blockchain world. Yet startups are still the lifeblood of blockchain, driving innovation with their openness to new ideas, drive, and collaborative abilities. Startups embody the do-it-yourself, decentralized ethos that’s driven blockchain’s growth for the past decade. While it may be tempting to stuff your panel with immediately recognizable names and tough to pick the right startup speaker from a crowded field of qualified candidates, it’s still essential to make sure this blockchain demographic is represented. London’s FinTech Week, an eight-day event in mid-July, has designated Thursday “Investor & Start-Up Day,” focusing all events on promising blockchain startups, the challenges they face, and networking opportunities for connecting them to investors.

There are a few figures who stand out in the blockchain world thanks to the sheer impact of their contributions. Satoshi Nakamoto (should their identity every emerge definitively) would be the greatest blockchain visionary of all to snag as an event speaker, but while Nakamoto remains anonymous conferences and events compete to snap up other blockchain luminaries. TechCrunch will be hosting Ethereum founder Vitalik Buterin at their July conference “TC Sessions: Blockchain 2018.” Buterin and figures of similar stature not only have the experience to back up their talks but draw crowds like virtually no other speaker class.

Blockchain and the investment world are closely related, and only going to grow closer as investors seek new technologies and entrepreneurs seek capital. The financial services community, as well, has embraced blockchain for its potential to revolutionize their industry (Bank of America, not a tech company, is the leading blockchain patent holder). That’s why at least one figure from the financial community should be central to your event. The massive Blockchain Expo Europe event will host Richard Crook, Head of Emerging Technology for the Royal Bank of Scotland, later this summer.

Ok, so many parts of the blockchain world aren’t that excited to get lawyers involved. Blockchain is supposed to be free from centralized authorities and gatekeepers, and the legal system means just that. Yet the law is coming for blockchain whether purists like it or not: from the SEC subpoenaing dozens of ICOs in preparation for a possible crackdown to a brewing war with patent trolls, attorneys will figure more prominently in blockchain. Luckily, many legal figures see the technology’s potential and are exploring ways to nurture, rather than punish blockchain innovation. The Blockchain World Conference is on top of this category too, hosting Cindy Yang, Co-Head of the FinTech Industry Practice Group for nationally ranked law firm Duane Morris LLP.

A quirk of the blockchain world can be its tendency to resort to either highly technical language or zippy adspeak. Both serve an essential function, but authors provide a third kind of writing: in-depth analysis, retrospection, and predictions for beginners and experts alike. A thoughtful author who has spent months writing a book on blockchain can round out a blockchain speaker list. The early 2018 Seoul conference “Blockchain Revolution: Convergence with Traditional Economy” was lucky enough to snag Don Tapscott, co-author of influential book Blockchain Revolution.

Artists may seem like an odd choice for blockchain events, but their perspective can help attendees see new, outside-the-box applications for the technology. Artists play a vital role in shaping pop culture, and thus serve as mediators between blockchain evangelists and the mainstream, driving higher adoption rates and further innovation. And an artist can also provide entertainment, livening up nighttime (or daytime) conference activities. CryptoHQ, an early 2018 summit held synchronously with the World Economic Forum in Davos, included the perspective of blockchain enthusiast and chart-topping DJ Rui Da Silva in a panel on “Blockchain and Creative Industries.”

The right speakers can inspire further innovation and excitement in the blockchain community. They’re essential to ensure an event’s success.