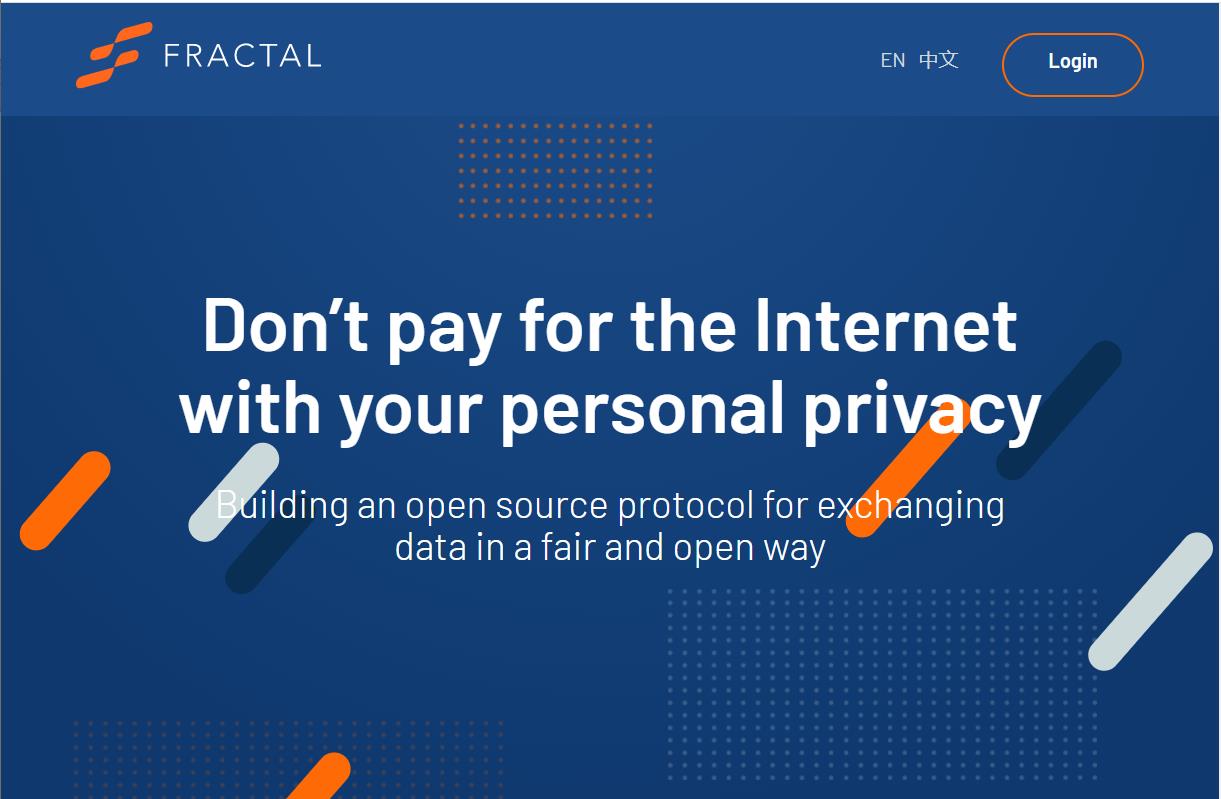 The internet allows for new connections and possibilities previously unimaginable, but it comes at a considerable cost for users who give up all their personal information in the process. With the growth of social media, digital news, online banking, and more, it’s getting harder for users to protect their intimate details and identity as they hop from site to site, getting tracked along the way.

Fractal is reimagining this highly corruptible ecosystem that values profits over people and their indisputable rights, creating a privacy layer for the internet to set forth fair and transparent data exchange. By utilizing Fractal, this misaligned industry will no longer be able to take advantage of users by freely data mining and exploiting their information.

Created to be an open and democratic system where everyone has the opportunity to take part, corporate profit motives drove the internet off course to benefit a small few. The current internet ecosystem operates under an oligopoly where dominant players like Facebook and Google control over fifty percent of the market.

With many platforms, such as news outlets, unable to generate enough revenue through the sale of subscriptions or other means, they have turned to digital advertising to strengthen their bottom line. This is an extremely lucrative business that can often offer a free service by turning you, the customer, into the product for advertisers. Since this realization, a highly unregulated market where customers’ needs are forsaken in favor of advertiser profits was born, turning the internet from a place of harmless advertisements to tracking a user’s every move on the web.

To combat the phishing, fraud, and opaque data-resharing that regular users face when going against these tech giants, Fractal is launching a new incentivization system for internet usage. This protocol will be open-sourced, zero-margin, and creates a base layer that defines the exchange of information between a user’s data and the open market. This will establish a fairer and better version of the internet. Building on top of the Polkadot network, a high throughput, low latency, and low fee option that allows for interoperability between blockchain networks, Fractal is empowering web users to take control of their data and online identity. Fractal has been designed with the needs of advertisers and web users in mind, making a system that allows both to flourish without making unfair compromises.

As its first product to establish a more equitable, safe, and transparent internet experience, Fractal is releasing an internet protocol design that will replace ad cookies and give users control over their data. Cookies are small pieces of data stored by your web browser while you’re browsing online, usually collected with minimal knowledge to the end user. These info packets can record your browsing activity, so they can be analyzed and better utilized by advertising companies.

This new system will usher in a system where content creators get paid for their work, where end users can control how their data is used and monetize it themselves, and where brands can target customers who have opted in to view ads, resulting in a symbiotic system in which everyone benefits.