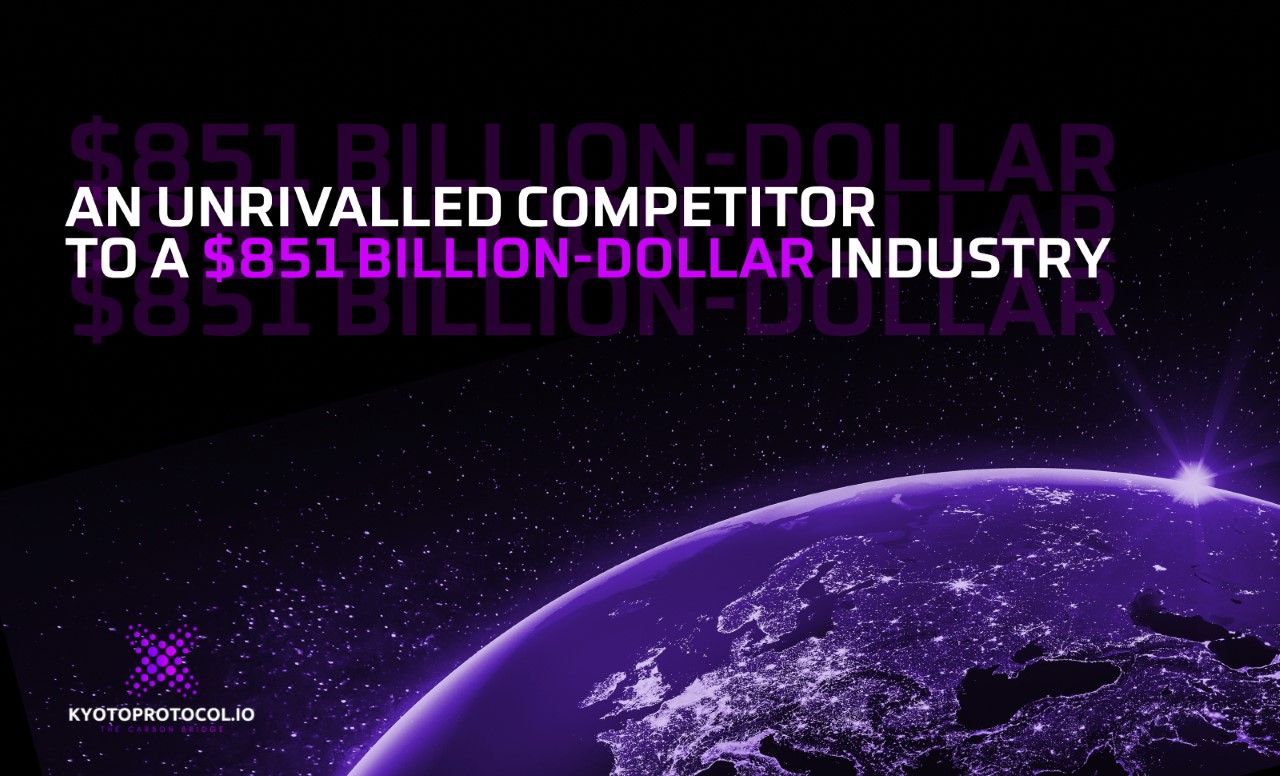 If one seeks a meaningful discussion concerning environmental impact and tackling climate change, an understanding of carbon credits is required.

Essentially, carbon credits are permits that allow their owners to emit environmentally-damaging substances to the atmosphere, and they can be purchased by businesses and individuals, creating a unique marketplace.

Such permits were designed to reduce greenhouse gas emissions, so as the definition stands, in a country or state where carbon credits are adopted, an organisation is not allowed to emit such substances without holding carbon credits.

So far, 11 states in the US have adopted similar structures in order to reduce their emissions, and a lot of the effort put into them has brought positive results.

Where Traditional Carbon Credits Are Headed

Despite the carbon credit industry having grown exponentially in recent years, the traditional, centralised systems are posing challenges that can prevent efficient carbon offsetting. Reuters reported a 164% global market value growth of carbon dioxide permits in 2021 alone, which amounted to around $851 billion.

The European Union’s Emissions Trading System, or EU ETS, is thought to be responsible for most of this growth, as the organisation has established and set itself for mass acceleration as a carbon market.

Despite the lack of success in some parts of the world using carbon credits to reduce emissions, EU ETS credits have been respected and trusted for some time.

Now that even stock market analysts and investors started paying attention to subjects like the CDP score of companies, it has been made clear that both individuals and businesses are eager to reduce their emissions for the greater good of the planet. Therefore, the carbon credit industry is expected to continue its large-scale growth and bear new fruits for the environment.

The Current Options For Companies and Individuals To Offset

For one, today’s systems have not found a better way to track and analyse offset obligations than carbon credits, which are arguably the only viable tools acting as data metrics for accurate measurement.

This means organisations worldwide can rely on permits like the proper certified EU ETS carbon credits to get insight on the environmental damage being in different areas and make better decisions for where to ramp-up the use of such permits.

As such, more and more companies are using advanced, carbon-credit-based data models to extract tangible value from the aforementioned systems and increase their overall carbon offset.

Carbon taxes are also a structure governments worldwide have already implemented, which have encouraged corporations and consumers to adopt new technologies and start using energy from alternative sources, betterring the atmosphere little by little.

Going back to the main subject which is carbon credits, it is necessary to acknowledge the fact that a large portion of these permits are not EU ETS certified and pose difficulty for people to acquire them and navigate in this space in general.

Some for-profit corporations, seeing that such a liquid industry as carbon offsetting might bring monetary value without much effort, started getting on the carbon credit train and by focusing on arbitrage, doing more harm than good to the environment itself – it became just another business in centralised systems.

KyotoProtocol.io & The Next Generation Of Carbon Credits

As we have discussed, centralisation can cause loopholes in terms of operational transparency, therefore, why not look at structures whose nature is more distributed?

Now, imagine if the same EU ETS-certified carbon credits were implemented as synthetic assets and put on the blockchain where everyone who wishes so can view the transactions and value created on a public ledger.

A blockchain’s trustlessness can allow carbon credits to thrive because corruption and misleading bureaucracy can instantly be observed on-chain, therefore such transaction monitoring could fundamentally change the way different parties use carbon dioxide permits.

In addition, companies and individuals would not be required to purchase actual carbon credits directly, but rather pledge liquidity, participating in a crypto-staking-like environment, and being able to earn meaningful rewards & offset obligations at little-to-no cost.

Because of the staking-like nature of such ecosystems, the potential for compounding yields is present, which means that a great deal of staking rewards can be earned.

In addition, carbon credits have seen increases in price by over 100% last year alone, so the permits or their synthetic counterparts might just be great investments for some.

KyotoProtocol.io, on the other hand, is creating exactly what is described above. It is the world’s first decentralised multilayer carbon-credit-based protocol which aims to revolutionise the outdated carbon permit industry by offering a trustless ecosystem on the blockchain.

How KyotoProtocol.io Could Win The Outdated Market

Because of KyotoProtocol.io’s unique and insured structure, the project is able to offer an eye-watering 916,474% APY for the first year on the $KYOTO tokens acquired.

The ecosystem is powered by sophisticated deflationary mechanics located in The Kyoto Token Burn Pit, which makes it sustainable for the long-term by burning 3% of all the fees coming from the users’ purchase and sale transactions.

What’s more is that an ecosystem offering such monstrous APY yields must have proper liquidity mechanics implemented, so being aware of this, KyotoProtocol.io has built its own Liquidity Generator which like the Burn Pit, regularly takes a portion from transaction fees and pours it back into the BNB/KYOTO backing pair trading on KyotoProtocol.io’s parnered DEX.

Another crucial part of the KyotoProtocol.io ecosystem is its Insurance fund, where fees go to be stored for a potential unexpected downturn and protect the project fundamentally.

KyotoProtocol.io is about to launch its initial ecosystem on June 30th, and is inviting everyone to get paid for helping save the planet using next-generation synthetic carbon credits, receiving massive APYs on their $KYOTO holdings.

All a participant has to do to start to get involved in KyotoProtocol.io’s auto-staking process is purchase some $KYOTO tokens and simply start waiting for the rewards to accrue.

Feel free to check out the KyotoProtocol.io website to find information on the launch, read their immersive and detailed White Paper, follow them on Twitter, or join their Telegram group where intense and insightful discussions are being held.