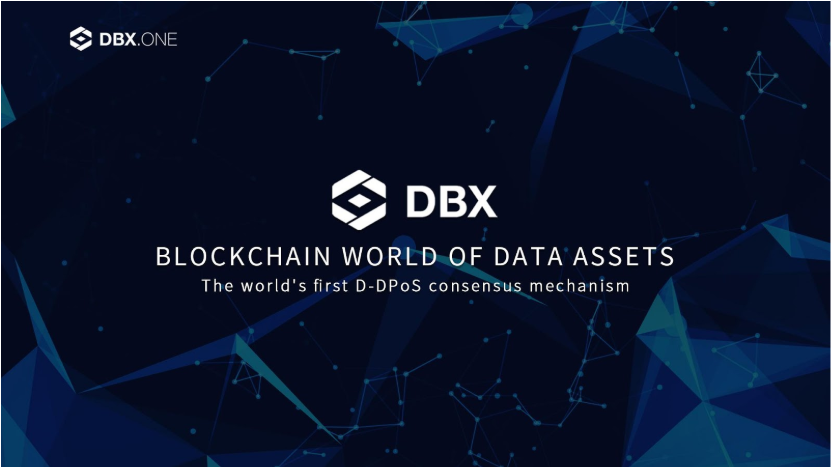 Since the introduction of Bitcoin, blockchain is already entering its third generation of technological leaps with Blockchain 3.0. Blockchain 3.0 will not only change the traditional relationships in an economic system, but also will overturn old classical economic system, and rebuilding world’s economic structure. The current change will make most crypto tokens obsolete.

At the end of 2016, Tomi Wen, CEO of Beijing Digital Engine Technology Co. Ltd. and the founder of DBXChain, chose to get into blockchain market by working on the underlying system of public chain, data infrastructure in the blockchain world. Tomi Wen holds a bachelors degree from Renmin University, and is a tech geek. He developed software DIY-Page at age 15 and became “the software author that made Baidu changed its algorithm”.

With DBXChain, Tomi aims at exceeding Ethereum and becoming the first large-scale feasible public chain by introducing the first public blockchain with real business use cases and projects integrated already before listing its token DBX on any exchange. For Tomi this is a statement about validating DBXChain as a credible blockchain among the so called “archaic blockchain”.

“Archaic blockchain” refers to the projects that do not have real operations as support, but simply aim at attracting people to invest by issuing cryptocurrency. This became known after a recording was published where a prominent Chinese investor in the field revealed that many blockchain companies have no valid business goals. In the archaic blockchain era, majority of the projects are “illusions”, so that everyone swindles other people’s money. The recording event marks the end of “archaic blockchain” age. The new age of blockchain belongs to practitioners, not braggers. This kind of game will be aborted eventually. In the new age of blockchain, those people who work with technological and business progress in mind way will win.

DBXChain has not only their blockchain testnet already available, but it wants to introduce an ecosystem that allows for true decentralisation. DBX’s main goal is to provide unprecedented blockchain products or services to redefine data exchange ecosystem. This new value-based ecosystem is a decentralized community that provides a platform for users to explore and exchange data. This exchange process is safe and users are able to own their data with rights.

A decentralized ecosystem is able to attract interested investors and developers. DBXChain uses a consensus mechanism D-DPoS that they spent more than a year developing. It has two key features: first, transaction capacity is greatly improved by a representative system and sharding technique so that it meets the requirement to make an application feasible. Second, security issues, due to oligarchy and centralization by a representative system, are solved by using a real-time fluid “super role” to replace regularly elected “super nodes” and by balancing the importance of subjective choice and objective contribution in an election mechanism.

DBXChain’s main business is data infrastructure that releases data’s value and “atomizes” data transactions. A connection that were impossible to release value has been made possible in a new blockchain operation system. Artificial intelligence (AI) will also benefit the ecosystem from big data accumulation and better computing powers.

DBXChain aims to build a business model that emphasizes on revenue from applications. DBXChain will support many developed businesses, which already have a large volume of data on classical internet. These data will test the capacity of DBXChain networks and its security.

For example, DBX will offer a convenient data sharing tool in the form of DApp so that users are able to share their data with public selectively and voluntarily while keeping their privacy. For example, the popularization of mobile payment has generated massive transaction data. Users can share their transaction data by uploading screenshots of receipts voluntarily. This way users actively choose if they want their data to be collected. Additionally, these data might be used by many different parties with users’ authorization: a financial institution needs to sell credit products; a market research group wants to understand consumption. User get benefits every time data are used.

DBXChain is also in cooperation with the app SuperFans. SuperFans allows stars/celebrities to connect to their fans by decentralized communications achieved by DBX. It reduces the costs of communication between stars and fans and explores more interesting and effective business models for fan economy such as more personalized fans service and engagement etc. It shows a possibility of blockchain reforming future entertainment economy.

By the end of 2018, DBX aims to have 50 projects available online that goes beyond finance field. DBX has been actively developing projects in the fields of game, social, IoT, AI etc.

Follow DBXChain on our social media to know more about our upcoming developments.