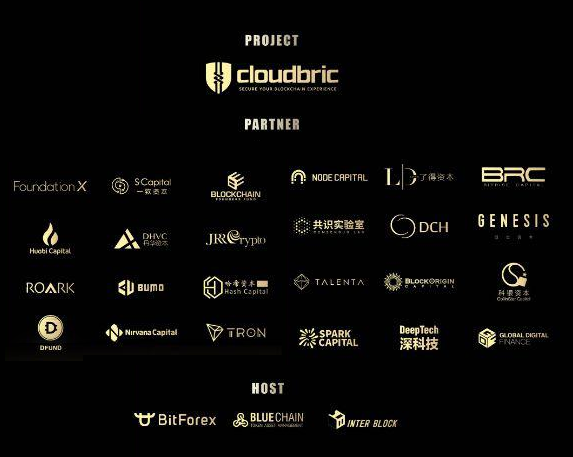 In an unprecedented move by some of Korea’s largest blockchain funds and VC’s, a private fundraising party was held on a private yacht for team Cloudbric this past week.  Co-hosted by three well respected players in the Korean blockchain space, Bitforex Lab, Blue Chain Asset Management, and Inter Block Inc., over 25 crypto-funds including Huobi, Node Capital, FoundationX, BRC, Genesis, LD Capital, and Tron Foundation attended.

Cloudbric, an internationally recognized cybersecurity company based out of South Korea, announced earlier this year its plans to launch a “reverse-ICO.”  The Cloudbric.io project (not to be confused with its award-winning parent company Cloudbric.com), has come a long way since its announcement earlier this year. With a Telegram group 10,000 strong and and active bounty campaign, many attribute Cloudbric’s growing reputation to its forward-thinking product development.

Cloudbric aims to decentralize the seemingly never-ending flow of cyber threat data coming in by creating an open blockchain accessible to the public. With over 10,000+ network members, 50+ enterprise partners, and 25+ data centers worldwide, Cloudbric has positioned itself to become a leader in this space.  Its  revolutionary AI-based deep learning module, VISION, emerged from the R&D of PhD scholars from the Korea Institute of Science & Technology (KAIST), Korea University, and the Massachusetts Institute of Technology (MIT).  VISION  boasts an 85% accuracy rate in detecting false positives, a drastic improvement from Cloudbric’s existing and industry-leading Web Application Firewall (WAF).

Their advisory board comprises of seasoned industry leaders in both the blockchain and the cybersecurity field: Jay Hwang from FoundationX, Young Ha Kim from Samsung China, Dr. Jae Woo Lee, the founder of the Korean Information Security Agency (KISA), and many other distinguished individuals.

Presale 1: Cloudbric held its first presale on August 23rd, with a cap of 2000 ETH. The presale sold out in less than 15 minutes.

Presale 2: Cloudbric held its second presale on Sept 13th, with a cap of 3000 ETH. The presale sold out in less than 21 hours.

Cloudbric stands strong in the midst of a bearish crypto market. The presale numbers most certainly caught the attention of Asia’s leading crypto-funds and VCs, enough for big investors to host a private yacht party for Cloudbric. Investors and community members from the around the world anticipate the final main sale, slated to begin on October 4th.

IX Announces to Launch, The World’s First Exchange with BTC as Platform Token!