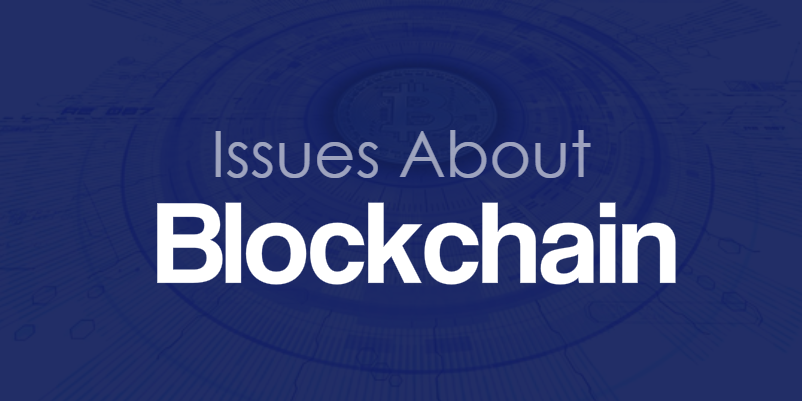 Blockchain hype may have overtaken its ability to deliver on the expectations to transform many industries and achieve technological landmarks. In this article are 4 Issues about blockchain any potential user should understand.

Blockchain uses encryption to provide security and establish a consensus over the circulated network. In order to show that a user has the required permission to add on the chain, elaborate algorithms must be used. These algorithms use huge amounts of computer power. This incurs massive cost in keeping the network up and running.

The blockchain is a valuable network and it changing how business is done but one cannot ignore the environmental consequences and energy costs needed to safeguard and record all the business activities.

Environmentalists are worried that blockchain mining upset the struggle to fight against climate change. They foresee a future when the energy needs of the blockchain technology will explode as cryptocurrency continue to gain mainstream adoption.

Due to the absence of regulation and oversight, blockchain based value networks attract the influx of scams and manipulation. Regulation helps preserve the value of a currency and reduce the potential for cybersecurity breaches.

There is always a possibility of losing your investment when the government shut down the online wallet or exchange if suspected of illegal activities. Without true state or international regulatory agencies, investors can easily be robbed without compensation.

Due to the encrypted and disseminated nature of the blockchain, transactions take a while to be completed. Bitcoin transactions take several hours to be finalized. You definitely can’t use bitcoins to purchase a bag of French fries for lunch.

The transactions chains have the perspective to become very sluggish as they increase in size. This also happens at the same time as more users access computers to solve the algorithms on the network. This leads to a significant challenge of slow confirmation of transactions which converts to increased transaction fees.

The future of the blockchain directly depends on the viability and scalability of the underlying technology and processing speeds have to be sorted out before cryptocurrency can become mainstream payment mode.

In spite of the big interest in embracing blockchain technology in the commercial industry, regulators would desire if it could just disappear. Banks and agents make big profits from playing middlemen to millions of customers. To individuals, they seem relatively small but they do add up to run big businesses.

Banks have power and ability to lobby for their interest with legislators and government. If they had their way they would restrict the convenience of blockchain or reduce its usefulness.

Lack of standardization and regulation threaten to restrict growth and put off potential investors. Hardware and power costs are expensive coupled with speed and verification slowdowns add to the list of blockchain drawbacks.

Can blockchain solve the IT talent crisis?