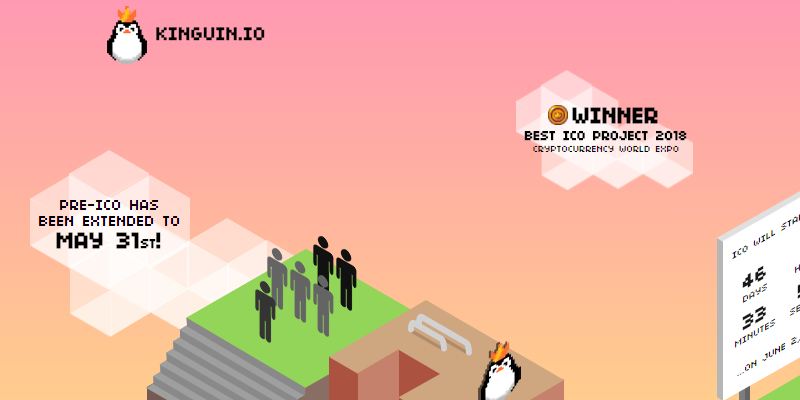 The world we live in is one where monetization design and free-to-play mechanics are experiencing some rapid and paradigm shifting innovations. However, due to the imbalance between that and the ability of gamers to innovate and create value, the online gaming community has been on the downturn, and it is negatively impacting revenue generation as well.

However, thanks to Kinguin, the gaming technology that is prevalent in the world will make it possible for gamers to be able to make trades. Global gamer-to-gamer trade can now be easy, fast and secure thanks to the technology and smart contracts provided by Kinguin.

So what exactly is Kinguin?

Kinguin is a decentralized marketplace that consists of lovers of digital games, services, and items. Thanks to the implementation of blockchain technology and smart contracts, Kinguin makes it possible for players within the online gaming world to make player-to-player trades.

The incentive for the creation of the platform was the fact that the current levels of technology and trade options that are being used in the global gaming community are not sufficient enough to keep up with the demand and innovations that are coming in, and this inadequacy, in turn, will have negative effects on the ability of millions of gamers all over the world to innovate and create value

Kinguin was founded on the belief that gamers should have the freedom and wherewithal to trade their digital currency and based on the numbers the platform is pulling in there is a widespread sharing of this belief. According to the company website, the platform has been able to garner some 7 million users, and it has also been able to help its customers to save well over $200 million from the sales of digital games and some in-game items. The success of their 2017 operating year puts the company in a prime potion to leverage on that and lead an innovation that will evolve the entire platform to newer generations.

An overview of how it works

Thanks to the adoption of an easy-to-use system, Kinguin will be able to allow anyone to set up a trade channel.  Once you’re done with that, you will be able to start main money on the sales and provision of digital products and services. The platform has trade bots that are expected to reach deep into the line gaming community, and they will be able to increase trade on social media platforms as well.

The Krown is a cryptocurrency that caters to the new generation of online players. Thanks to the Krown, online gamers who are looking to make some money through their games will finally have a platform where they can get as much exposure s they need.

Thanks to Krowns, the game will be able to profit from their skills anywhere on the market. These emblems can be used by gamers in the purchase of digital games, services, and products. The varying distribution of options as overs the ability to buy extra services such as premium marketing sots as well as targeted ads and campaigns.

Online gaming is getting a revolution. Innovators are finally getting their due, and it is clear that Kinguin is leading the charge of this paradigm shift.