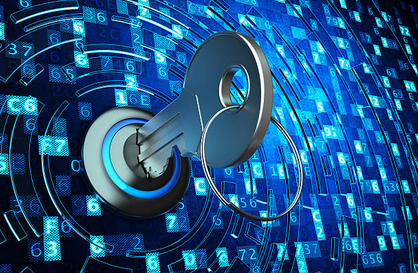 Bitcoin regulation remains a hotly contested matter. Lately, a number of legal factors regarding Bitcoin’s existence and use have come into play as governments pursue regulatory options.  Oversight jitters in East Asia have had a devastating impact on cryptocurrencies, triggering massive plunges. The slump in prices didn’t come as a surprise. “Regulation creates a more difficult business environment, as service providers decline to work with crypto startups due to uncertainty and a perceived threat of imminent and restrictive regulation”: Dr. John Mathews–Bitnation CFO- on why cryptocurrency prices took a hit.

South Korea, China and Japan have been at the forefront of pushing for a broad regulatory oversight. In September last year, China had declared ICOs and digital currency exchanges “illegal.” South Korea also followed suit saying it was considering a total ban on ICOs. Although major economies including the US and UK are merely discussing stricter controls, smaller jurisdictions including Estonia, Gibraltar and the Isle of man are eying cryptocurrency chance and aggressively pursuing regulation to avert the most clamant risks such as hacking and money laundering. Mojtaba Asadian– Founder and CEO of Darico AG– asserts the need for a “certain level” of regulation: “Blockchain is trustless public ledger that eliminates the need of central authority to authenticate the transactions using cryptography. However, certain level of regulation is welcomed to filter out the fraudulent activities and safeguard investor’s interest in such emerging market.”

But, is Bitcoin really regulatable? There are several key components that make it quite difficult to bring Bitcoins and other cryptocurrencies under full control. Bitcoins can’t be linked to any financial institution, territory or owners who want to remain unknown. Even if all cryptocurrency exchanges were to be shutdown or prevented from operating beyond certain borders, Bitcoin transactions would still be a child’s game-provided you have a simple VPN, a wallet and a network connection.

Regulatory attempts have also been worsened by the status of the existing banking regulatory frameworks that did not anticipate a technology like Bitcoin. Hence, without a united global front, there is very little chance of regulation seeing the light of day. Some experts believe that any attempts to control and stifle virtual currencies could only serve to increase their popularity. Andrei Gusev-CEO of WealthMan-says: “as a result of the push for regulation, cryptocurrencies will receive more recognition. Interest in cryptocurrency will increase. At the same time, the regulation norms in terms of enforcement will not be really effective because of the inability of the judicial system to make changes to the blockchain-based registry.” While echoing similar sentiments, Andrew Stanford-a Tech investor, entrepreneur and Partner at Asset Token ERC20– maintain that tangible regulations could be decades away: “Asset Token believes the regulations at the current moment are in a test phase and in a fluid state. Regulation will only speed the adoption by bringing it more attention.”

Setting and enforcing guidelines and standards is certainly essential, but should be done in a way that does not restrict virtual currencies or stifle its networks. Francesco Redaelli -Co-Founder and VP of Business Development at Koinsquare-underscores the need to protect this emerging industry while highlighting its ability to revolutionize the existing monetary systems. “The blockchain idea is really amazing, because it can seriously improve in thousands ways the monetary system giving more control, more data and more fast development to all the industries involved.”

Arguably, overregulation of cryptocurrencies (if at all possible) could hamper the growth of the internet.