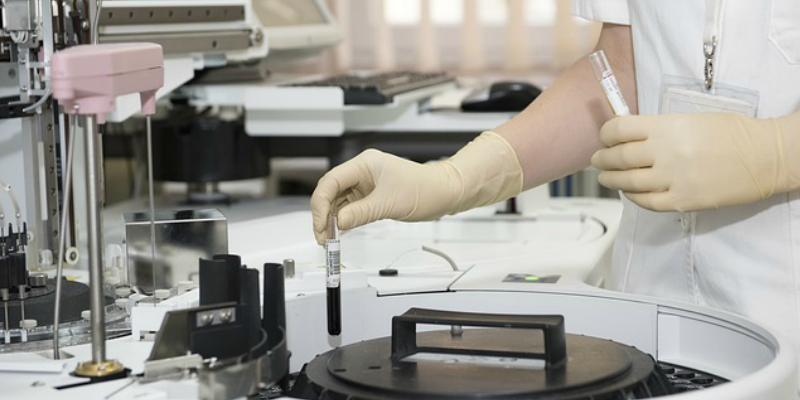 Clinical trials research costs have been spiraling out of control while the number of successfully approved treatments has declined. A landmark study showed that since 1950 the total cost of getting a treatment to market has increased 80-fold to the current average of more than $1.5 billion. During the same period, the number of approved treatments per dollar has halved every nine years. 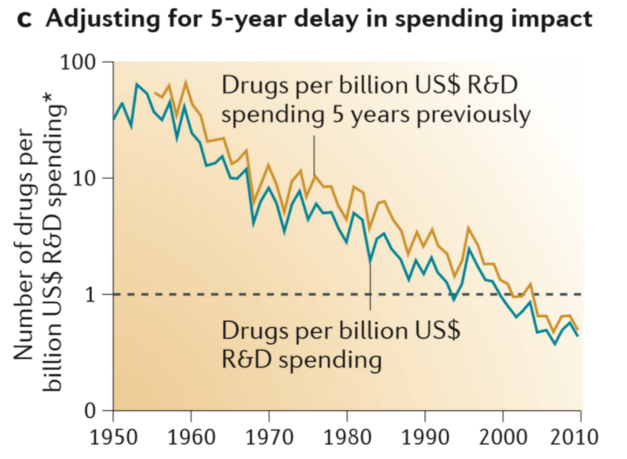 The impact of this worsening inefficiency has been extremely negative for the people who need medical treatments the most. Although any effort to quantify the damage is limited by the difficulty of defining the value of a human life, a 2010 study by the Manhattan Institute made an attempt to do so by considering a patient’s willingness to pay for a new treatment, their annual income, and the cost of development of the treatment. Taking the HIV/AIDS active antiretroviral treatment (HAART) as an example, the study concluded that giving access to HAART a year earlier than a patient received it would be worth an average of $16,000 per person. Multiplied by the number of people who stood to benefit from HAART, the value of one year’s earlier access was calculated at $19 billion. For the company developing the treatment, meanwhile, bringing it to market a year earlier would have resulted in $4 billion extra in profits according to the study. This is a combined loss to society of $23 billion for each year a single high-value treatment is delayed.

In terms of life lost due to delays in bringing treatments to patients, other research has shown that for each hour of delay in cancer therapy approval, 260 life-years are lost worldwide. That’s one year of human potential gone for every 14 seconds of delay.

That clinical trials are becoming increasingly ineffective is well-known among industry experts who agree the problem is largely caused by an inability to manage and analyze an explosion in the amount and complexity of data collected.

Industry insiders like Definiens Chief Medical Officer Ralf Huss have suggested that we are at the cusp of a solution. He wrote in a 2016 editorial:  “The industry has collected enormous amounts of data over the years, but previously was not in a position to effectively use it. With advanced storage and machine learning, algorithms, analysis tools and other technologies now available, we can begin to standardize, correlate and leverage this data to develop new drug development strategies and findings. Big Data can make R&D and the clinical trial process much more efficient and effective.”

Despite the availability of advanced analytic tools, however, significant progress has still not been made because the data remains largely locked in silos and spread across incompatible sources. The difficulty of standardizing and aggregating data has been greatly exacerbated by increasing regulatory burdens particularly in the digital era, where sensitive medical records are at higher risk of being hacked, stolen, or otherwise mismanaged. It has been estimated that health data breaches cost more than $6 billion each year.

Now the industry is looking to blockchain technology as the last piece of the puzzle that can unify the disparate and insecure data sources to unlock the power of analysis on it, and finally improve the effectiveness of clinical trials research.

Market research giant McKinsey identified medical research as one of the three key industries that stands to be disrupted by blockchain, writing in a June 2018 report: “Certain industries’ fundamental functions are inherently more suited to blockchain solutions, with the following sectors capturing the greatest value: financial services, government, and healthcare.”

In April of this year, England based pharma-tech think tank PhUSE published a paper entitled “How Blockchain Can Transform the Pharmaceutical and Healthcare Industries” with the authors noting that, “blockchain is a disruptive technology …and a cultural movement that our industries would be wise to embrace.”

The researchers behind the paper cited a “confluence of factors” for why blockchain is suited to the pharmaceutical and health industries, including the technology’s unique ability to effectively negotiate the tension between patient data privacy and data sharing as well as the inherent capability of blockchain tech to improve trust, transparency, auditability, and security of transactions.

The conclusion reached by the team of industry experts was that implementing blockchain technology to clinical trial research has the capacity to bring treatments to patients 3–5 years sooner than with a traditional drug development process. Given that bringing a single high-value treatment to market just one year earlier can offer more than $20 billion in value, blockchain has the potential to have a truly transformative impact.

While there are several projects that propose utilizing blockchain technology to improve various sectors of the healthcare industry, there is one in particular that matches very closely with the recommendations made by industry experts for how to have the biggest impact. The project is being undertaken by ClinTex, a UK-based team of medical and tech professionals who have seen firsthand the inefficiencies in clinical trials and are now in the process of developing an end-to-end solution specifically designed for pharmaceutical companies to use in the management of clinical trials, a $350 billion/year industry. The ecosystem under development is called Clinical Trials Intelligence (CTi), a platform consisting of several integrated applications that unify stakeholders at all stages of clinical trials development.

The central feature of the ClinTex CTi platform is its creation of a clinical trial datahub populated from the key clinical trial source systems. Specific data sets contained in the fully auditable hub can be securely distributed to stakeholders who have permission, thus enabling inter-company collaboration across clinical trials.

“Pharmaceutical companies make huge investments in clinical research,” says ClinTex Director of Clinical Data Analytics Neill Barron. “They need to know that their investment remains proprietary, so they can recoup their considerable upfront costs. They also have a huge liability to ensure that the way they collect and manage data does not compromise patients’ privacy. Our platform uniquely enables researchers to safely collect and analyze data used in clinical trials. This is something that big pharma has been demanding for years.”

The ClinTex CTi platform goes a step further by enabling the application of advanced data analytics and machine learning to data contained in the hub. Here the goal is to derive insightful actions that further drive efficiency and quality in clinical research. For example, the Predictive Analysis component of the platform can identify patients who are statistically likely to drop out of a clinical trial, then recommend actions to keep the trial on track by preventing the withdrawal of at-risk patients.

The ClinTex project is still at the early fundraising stage, but it has already attracted attention from industry insiders like Clinical Commissioning Group Medicines Optimisation Pharmacist Michael Kolovetsios who wrote, “Running clinical trials today requires more effective data insights and better resource utilisation as clinical trials are more complex and costlier than ever. ClinTex CTi will deliver both the operational and clinical efficiency to the testing of new medicines, leading to faster data extraction and analysis. This will ultimately benefit patients, the pharmaceutical company, and society.”

I-CHAIN – WHAT IS HAPPENING WITH THE PROJECT

A Review of the I-CHAIN Blockchain Insurance Project