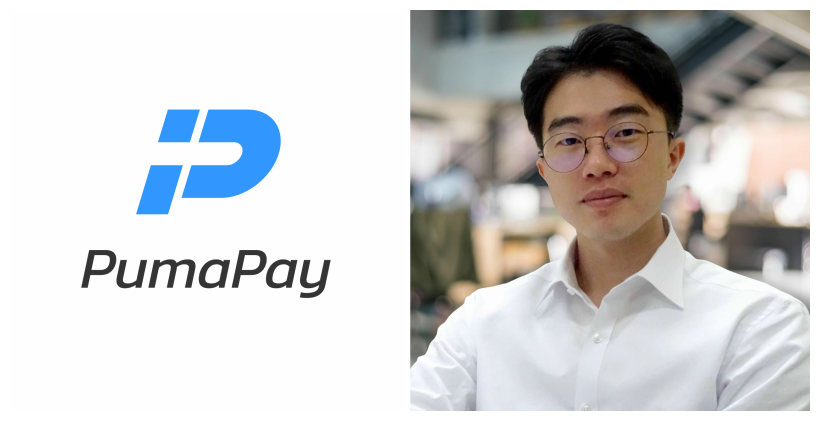 PumaPay, one of the frontline cryptocurrency marketers has just moved on to the next level by enrolling an ambassador for herself in the South Korean market. This appointment, which has generated a lot of interest over the last couple of weeks, revealed Chris Na, a leading expert in the world of cryptocurrency and the blockchain industry as the new man who will be the face of PumaPay for the time being.

For those who do not know what the blockchain is all about, the blockchain is a digital infrastructure that is used to store up values. The values stored and embedded in the blockchain can be accessed by a wide audience, but they cannot be altered, transferred or copied unto another storage. Because of this high-security protection brought about by the blockchain technology, it has come to enjoy wide patronage from a lot of users. Blockchain has gradually become the backbone and infrastructure upon which all digital assets store their values.

The blockchain technology and the cryptocurrency markets have continued to grow at a tremendous rate over the years. This rapid growth has attracted a lot of attention to the blockchain in and from all parts of the globe. Blockchain has fast become a widely appreciated creature of ingenuity. Starting as a technological infrastructure to accommodate the BItcoin alone, the blockchain has come to enjoy widespread patronage.

According to See-Eun Ha, a co-host of a YouTube channel for South Koreans, The Blockchainers, while some South Koreans see blockchain in its true perspective as being a cutting-edge technological advancement that is set to take the internet to the next level, some others see it as a store  of value; a vehicle for making investment and for making money. This is not entirely wrong, it is just that they failed to see and appreciate the full potentials of the blockchain. He further stated that South Koreans have only recently begun to appreciate the benefits of the blockchain, outside the conventional investment vehicle most of them had before now understood it to mean.

The South Korean government has in recent times and at varying intervals, invested a lot of resources in blockchain and cryptocurrency trading and activities. There is no gainsaying that South Korea is a key player that is poised towards taking a lead role and remaining in the spotlight, as far as blockchain technology, cryptocurrency, and other digital assets are concerned. This is why global attention has continued to beam on South Korea over the past few years.

PumaPay is an innovative project that is making tremendous progress in the development of payment protocols on blockchain technology. PumaPay was developed by Decentralized Vision, a blockchain company that has its operational base in Cyprus. In May 2018, it began an IPO where its tokens were distributed. PumaPay makes use of a flexible protocol that allows for the seamless processing of transactions with the aid of the everyday familiar billing software systems that combine with the traditional credit card payment pattern built upon a blockchain infrastructure. Being a technology that focuses on payments, it uses the Pull Payment Protocol. This protocol supports a high level of flexibility that allows payment through different channels and mediums. With the PumaPay PullPayment Protocol, multiple payment scenarios are possible. Various payment scenarios such as one time payments, daily recurrent payments, weekly recurring, as well as monthly or other periodical payments are supported. Other payment patterns like pay-per-viewing are also supported by PumaPay PullPayment Protocol. The Protocol’s flexibility has made it very attractive to merchants from across the globe.

Chris Na and the Blockchain

Chris has been on the center stage in blockchain technology in Korea for some years now. Founding a business intelligence group Chris & Partners and co-founding Chaineer, a Korea-based blockchain accelerator and advising firm, Chris has acquired a wealth of knowledge in global technology and business management. Chris is also actively involved in global finance institutes and keeps abreast with information and happenings in the blockchain and Financial Technology (FinTech) industries. All these medals to his chest and certifications to his dossier give him the edge and mark him out as the appropriate and best man for the job to which he has recently been appointed.

Expectations From Chris Na’s Appointment As Ambassador For Pumapay In South Korean Market.

As one would expect, the news of Chris Na’s appointment was greeted with a lot of excitement from all quarters of the South Korean business community. Everyone seemed to have something positive to say over the recent appointment of Chris Na as PumaPay’s South Korean Ambassador.

PumaPay has a target to achieve exponential growth in South Korea, and this, it is believed and hoped, will be headed and spear-headed by Chris Na. Being himself a prominent South Korean entrepreneur in the blockchain industry, there are high hopes that Chris Na will bring his expertise to bare and that he will be the right man to lead the blockchain campaign across South Korea.

PumaPay CEO, Yoav Dror, had this to say about Chris Na’s appointment: “With this step, we are excited to get closer to the South Korean business community. We look forward to building relationships with local businesses and expanding our network of Early Adopters.”  Speaking further, the PumaPay Boss said: “Furthermore, we welcome the opportunity to expand the visibility of PumaPay and our innovative payment solution to South Korean blockchain and cryptocurrency enthusiast”.

Everyone is optimistic that Chris Na, having been in the South Korean technology market for a long period of time, has all it takes to attract the participation of the locals of South Korea and bring them to patronize and invest more in PumaPay. Mr. Chris himself has set the tempo and signaled the pace by spelling out high targets and milestones for his recent appointment as PumaPay ambassador. Addressing the press, Chris Na had this to say: ‘I look forward to the opportunity of growing PumaPay’s adoption in South Korea and raising the awareness about this innovative project. With our country being a forward-thinking crypto nation, I believe there will be an immense demand for the PumaPay cryptocurrency billing solution in the South Korean market.’

There are no doubts that PumaPay is set to hit the next level of positive exploits and expansion in the South Korean markets, with Chris Na coming on board as her Ambassador.

How Blockchain Technology and Artificial Intelligence are Revolutionizing FinTech