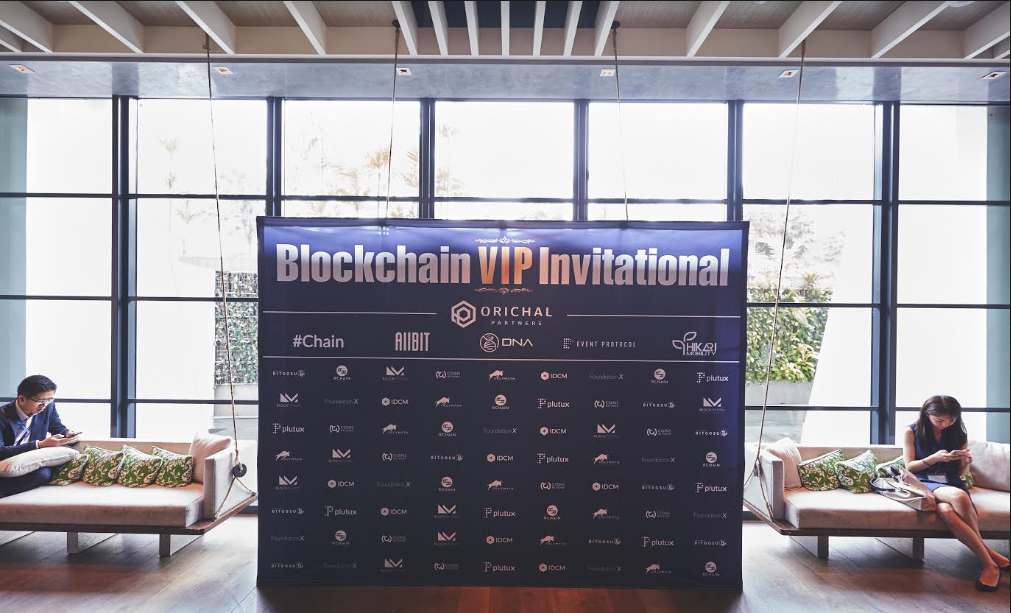 Orichal Partners hosted a very successful event at the end of Consensus Singapore 2018 that saw numerous high-profile projects, investors, and industry executives attend. The event, the Blockchain VIP Invitational at Adrift by David Myers in the Marina Bay Sands was co-hosted by Hikari Mobility, DNA, Event Protocol, #Chain, and Allbit.

Following the thriving success of the Consensus 2018 event hosted by Coindesk in New York City, Consensus Singapore was pegged to be one of the largest blockchain and cryptocurrency conferences in the world, bringing together a global community of participants. Consensus Singapore was part of the broader TechXLR8 Asia conference that consisted of several emerging technologies such as IoT and AI converging on one area.

“It was a pleasure to host the Blockchain VIP Invitational to end the final day of Consensus Singapore. We wanted to give back to the community who have supported us throughout our journey and helped us generate significant traction in the blockchain industry.”

Orichal Partners is a growing cryptocurrency and blockchain multi-strategy investment and advisory firm in Asia. Their team has extensive experience in the financial and investment space with previous work with firms such as JP Morgan and hedge funds such as Janchor. Siu, the Co-Founder and Managing Partner, comes from a background with JP Morgan, Deutsche Bank, and some well-known hedge funds. Their goal is to provide end-to-end guidance and strategy consulting for upstart crypto projects and ICOs. According to partner Anthony:

“Companies haven’t thought about how they will deal with balancing investors’ demands of getting the tokens listed versus managing their project’s roadmap with its associated ‘target price/return’ on their tokens. Unfortunately, most projects assume their tokens will moon without thinking about the token distribution when designing their composition. They also fail to consider the correct time of listing. For example, they will list when there’s no MVP or beta available.”

Singapore has emerged as a hotbed of blockchain and cryptocurrency development. Singapore even hosted more ICOs in August than the U.S. Orichal Partners sees this as an opportunity to expand on the growing interest in the blockchain space and establish a footprint in the Asian market.

Co-sponsor Allbit remarked on the work that Orichal Partners is doing:

“Orichal’s work is outstanding. After witnessing their experienced in-depth advice  catered to the projects we have worked with, we are happy to support them in the Korean market.”

The response from the event was very positive with Justin Leung, Head of Business Development at CoinSuper, stating:

“This event has been great, during this Consensus week in Singapore, it’s probably the biggest and most exclusive networking event I’ve been to, and it’s a lot of fun. I’m really excited to be in the same room with all the who’s who in the industry. Orichal and I have a strong relationship, with mutual respect, and we are glad that we are moving the industry forward together”

Consensus Singapore offered the global blockchain community a chance to collaborate and exchange information at an unprecedented scale. Orichal Partners and their affiliates are looking to build off of this success and create a powerful dynamic in the Asian blockchain and digital asset market.

How Jur is Bringing Dispute Resolution to the Blockchain