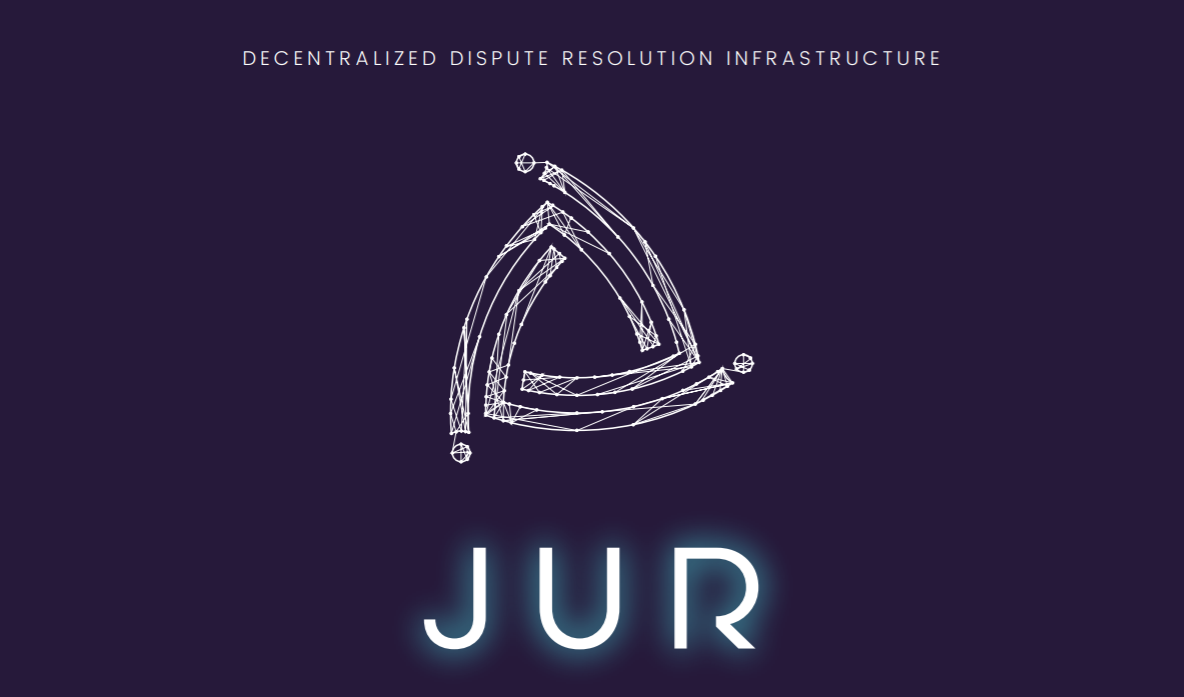 Here’s a fact about the legal system a majority of people may be unaware of; about half of the cases that have progressed to the arbitration level in court take several months to be resolved – that is if in fact they are resolved at the end. On top of an unnecessarily lengthy dispute resolution process, theses cases steadily sap out your funds. So while an individual may think filing a claim is way to get justice (not negating the fact that it actually is), at the end of the day, if you do get your victory, it could be a bitter sweet one as you may be left financially incapable and frustrated from spending way beyond your budget and using up valuable time.

What if there was a way to settle all disputes within 24 hours without having to spend a dime beyond your contracted budget, most times far less than the amount? This article will give a concise review on Jur, the decentralized conflict resolution platform.

Jur is a blockchain based decentralized platform specifically created to facilitate the legal system from the processes of contract creation through dispute resolution. Jur is the world’s first dispute resolution system powered by straightforward consensus based legal system. In other words, Jur uses a fair and transparent voting system which uses the blockchain technology to revolutionize settlement of contractual agreements.

Users can create and file smart contractual disputes which will be resolved within 24 hours of filing the claim, once a settlement has been reached, they can also easily withdraw their claims from the system. Jur also provides a secure portal through which users canmake secure cash transactions to an Escrow account as enabled by the revolutionary features of the blockchain.

The dispute resolution system of the platform is based on a consensus system where the qualified legal community (oracles) on the platform vote using anti bias principles to reach a fair and transparent outcome. Following a successful dispute resolution, the winning contracted party based on majority vote takes the money from the contract.

Despite an almost zero charge for it’s services, Jur is a profit based business model utilizing a revenue generation system based on its premium functionality and the pool of users who create a high volume usage. In the usage system, every user is entitled to 3 free agreements every month, if a user has to file beyond 3 smart legal contracts in a single month, the rest will come at a charge.

For users to create their smart legal agreements, the platform offers an impressive selection of tools and templates they can choose from. These templates come at a cost and can be purchased via the Jur Marketplace.

For it’s partnerships and affiliates, Jur offers these platforms an Api subscription which will enable them embed the platform’s core functionality on their own interface.

Regardless of having its own native tokens – JUR tokens, the team understands how much coin volatility can affect the market value of coins and to curb the disadvantage of price fluctuations, Jur provides its users with the option of making transactions in more established coins at a small commission.

JUR tokens is the platform’s native ERC-20 standard token. It will serve as a utility token providing token holders with access to Jur’s services, as a means of payment on the platform even for third party services and will enable users on the system cast their votes on disputes. The Jur team is conducting an ICO which is in total compliance with the Swiss AML Regulations as the platform is based in Switzerland. A total issuance amount of 1 billion JUR tokens were created by the team out of which 40 percent being 400 million JUR tokens were allocated to the ICO. The remaining 60 percent where distributed thus;

The seed investment was used in the development of an MVP version of JUR which is expected to be released before the end of 2018. The tokens held in company reserve will go into further development of the platform, the tokens allocated to the development team will be frozen by Smart Contracts for 20 months with regular monthly releases while the ones for the advisory board will follow the same weekly releases but will be locked for 8 months less; that is 12 months. At the end of the ICO, unsold tokens will be channelled into the platform’s reserve where they will be burnt. The hard cap for the ICO was fixed at 30 million CHF (Swiss Franc). As at the time of this writing, further details on the progress of the ICO had not been released by the team.

The goal of JUR is to make legal work more affordable and  accessible to the next person through its implementation of the blockchain technology to offer a trustless and smart dispute management system. Essentially, with Jur, the average individual can bypass the use of intermediaries as well as the lengthy dispute resolution process which is bound to put a strain on an individual in terms of time and financial resources. From businesses to everyday activities, Jur promises an array of potential applications when it is fully launched.