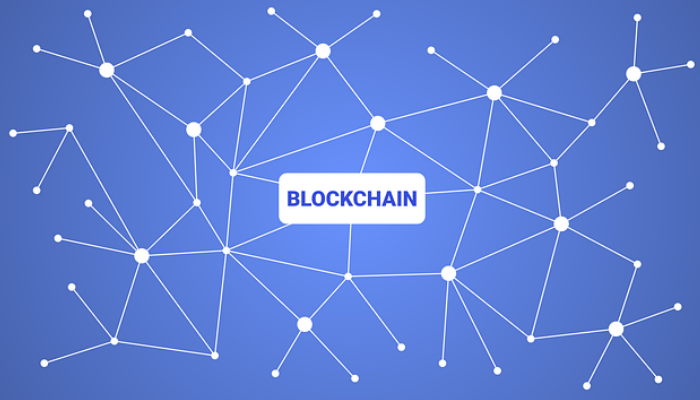 A state is conservative by the very nature of the phenomenon. It values stability and security more than innovation because an innovation is a promise while security and stability are essential. Besides, a substantial group of early adopters of any innovation are there to abuse it, to profit from it at any cost to others while the innovation is yet out of the legal and regulative frame.

So, it is no surprise that in most countries innovations, especially new technologies, make their way to governmental recognition through something that  funnily reminds the so-called “Five stages of grief”.

The Kübler-Ross model constructed by a Swiss psychiatrist describes five stages of dealing with a personal loss or a grief that people go through chronologically:  denial, anger, bargaining, depression, and acceptance.

Dealing with disruptive innovations, especially those that trigger social shifts, governments go through similar stages with some deviations, variations, and cultural traits.

Just like people, most states first ignore an emerging novelty denying its importance and ability to change the world. Then, after the risk to the status-quo becomes obvious, states get angry with those who rock the boat. It’s here that restrictive legislation appears. At the stage of bargaining, a state starts eyeing the caged beast more closely and considers what good could it actually be for, and for what price.

Depression starts (sometimes it does not) at the realization that progress can not be stopped and the innovation in question gets used by people and develops in spite of bans and restrictions. Acceptance comes in the form of new laws and amendments to the old ones. Bans are lifted, restrictions stop being prohibitive and start being reasonable.

Let’s look at the example of China. It is a state with one of the strongest instincts of self-preservation in the modern world: it seeks economic and political domination and practices a governance model alternative to preferable by those who dominate the world now. That’s why it has to balance strict control and adaptive openness in respect of disruptive technological innovations. It has to move forward, accommodate everything that helps develop and protect itself, look worthy against strong competitors, manage risks, harvest opportunities — all at the same time.

While watching China’s actions outside, it’s easy to mistake its policy towards new technology for indiscriminate repressive self-defense of a tyrannical regime. Remember what happened there to the most promising and spoken-about phenomenon of the present: the Bitcoin?

It  looks like China just rejected it as a whole in a mixture of denial and anger:

It is important to note, though, that all these actions happened after China had already become one of the world’s leaders in mining, trading, and ICOs. By January, 2018 the majority of the world’s bitcoins had been mined in the country (https://cointelegraph.com/news/major-chinese-social-network-tianya-to-launch-native-cryptocurrency-token). Mining companies had been subject of preferential policies in terms of electricity prices, taxes, or land use — these preferences were withdrawn only in 2018 (https://www.caixinglobal.com/2018-01-04/china-clamps-down-on-preferential-treatment-for-bitcoin-mines-101193622.html ).

Moreover, the restrictive activity of the government has not fully prevented its citizens’ profiting from the cryptocurrency market in a variety of ways. Cryptocurrency exchanges cannot perform fiat-to-crypto trading, but they can trade between cryptocurrencies. Huobi Pro and OKEx platforms were in the world’s top-10 by trading volume by Spring, 2018.

Chinese venture capitalists are actively exploring investment opportunities abroad. Node Capital, for example, voiced the plan to invest 200,000 worth of Ethereum valued at more than $90 million in the startups founded in North America, in spite of the recent deterioration of relations between China and USA and Donald Trump’s plans to strongly restrict Chinese investments in US companies (https://www.cnbc.com/2018/06/25/trump-is-reportedly-planning-new-restrictionsagainst-china-wsj-repor.html ).

Finally, there are China-based companies like TaiCloud — many of them are illustrative examples of the Blockchain’s and Bitcoin’s power to undermine national borders. TaiCloud, for example, has an international partner Credits, also widely known in China. Credits.com aims to build the fastest blockchain ever, and the attention of a Chinese VC to it shows that the country’s professional community is interested not only in mining or trading but in infrastructure-level ventures.

So what happens next? Obviously, the ideas behind Bitcoin and blockchain are in an irreconcilable contradiction with the ideas behind the design of China’s political system. The blockchain aims to liberate digital money from the control of the state and the dominance of banks. It aims to decentralize them and make transparent. China does not quite favor this kind of values. So are cryptocurrencies doomed to be outlaws in China?

It is obvious by now that they are not. But other things are obvious as well, for example:

cryptocurrency-related businesses need to be regulated. It was estimated that 78% of ICOs in 2017 have been scams; mining devours huge volumes of electrical power; cryptocurrency exchanges can actively perform and fall victims of many sorts of fraud and abuse; digital money can be used for all sorts of criminal activities, and when they are not, they need to be incorporated into legal, financial and taxation systems.

And of course, there is an opinion that the People’s Bank of China uses strong words and legal restrictions in order to manipulate the exchange rate of the bitcoin.

In July 2018, China’s Academy of Information and Communications Technology, which is the research body of China’s Ministry of Industry and Information Technology, released a report:

(https://cointelegraph.com/news/major-chinese-social-network-tianya-to-launch-native-cryptocurrency-token ) on the possible implementations of blockchain technologies into traditional finance. The blockchain is expected to “play a big role in the fields of payment and settlement, supply chain finance, securities trading, insurance, and credit reporting”.

Obviously, the stage of bargaining within the Kübler-Ross model has been reached by the country. It does not seem to be in the Chinese national character to get depressed, so the stage of acceptance must be not far away.

Digital currencies in China will certainly be regulated differently and limited more strictly than in countries like Malta or Japan. But there is no doubt that the country will strive to develop a legislative framework for digital finance and other blockchain-based services that would allow them to benefit from their potential utmostly.