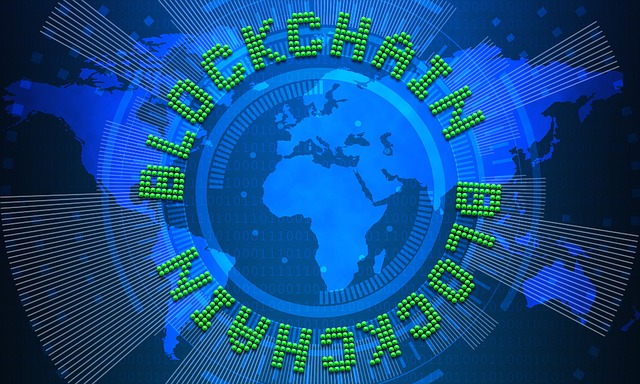 The blockchain is a new layer of computing. However, it is not necessarily a reinvention of the web as we know it; instead, it is a new iteration of it. Blockchain–or web 3.0–is a decentralized protocol, layered atop the web 2.0, which supports peer-to-peer transactions. Through blockchain’s decentralized ethos, individuals have the opportunity to engage with one another directly–without intermediaries–to send and store data and financial transactions.

Over the course of the past year, various developers, futurists, and entrepreneurs have waxed poetic about the power and potential of the blockchain. While it’s easy to dismiss anything with unrelenting global hype as smoke and mirrors, it’s hard to argue against the technology that drives these decentralized interactions.

As a layered infrastructure, blockchain developers were able to harness the power of the existing web and build a new protocol to make web-based transactions even faster, more secure, and more transparent.

The blockchain version of this marketplace has the same overarching purpose: it allows people to purchase products or services from one another. However, in this market, no governing authority figures are holding up the lines, brokering deals, and charging extra fees. On the blockchain, buyers and sellers are free to transact with one another, resulting in faster buying times and fewer fees. The blockchain market built a new iteration of the original marketplace which empowered people to communicate and transact on their own behalves.

The blockchain essentially functions in this manner; it strips away inefficient and outdated intermediary systems and allows peers to transact with one another directly. Through smart contracts, every exchange of funds or information that takes place over the blockchain is recorded chronologically on an immutable ledger. This eliminates the possibility of any party tampering with transaction history. Blockchain protocols function as new layers in the progression of the web; these layers allow individuals to accomplish the same end goals, but with increased transparency and efficiency.

The beauty of blockchain is that it is ripe for innovation. Emerging organizations are finding innovative ways to take this layering concept and apply it to their own business goals. Through the development of proprietary smart contract platforms, every business across every industry has the opportunity to harness blockchain’s decentralized features to spark innovation.

A layered approach to innovation.

Layered decentralized platforms that sit atop blockchain protocols are cropping up in every major industry from entertainment to retail and every industry in between. For example, ShineChain is an up-and-coming healthcare database that leverages the power of blockchain to provide increased accessibility and transparency for all insurance-buyers. ShineChain is designed to solve the insurance industry’s most frustrating shortcomings: inaccurate or outdated data, high premiums, and lack of privacy. By moving insurance transactions to the blockchain, transactions between patient and provider is recorded publicly, and therefore, are unalterable. The blockchain also empowers individuals to maintain greater agency over their information.

The transportation world is also flocking to blockchain-based solutions because of their potential to correct the operational inefficiencies that affect prices, security, and overall customer experiences. Consider air travel, for example, a majority of the supply chain in the aviation industry together is still offline. Everything from plane maintenance records to pilot registrations are recorded in siloed logbooks which can lead to confusion, inaccuracies, and in the worst cases, could negatively impact the safety and security of pilots and travelers.

AeroChain is a new blockchain platform that solves the aviation industry’s offline and disconnected data problem. As a layer-two smart contract platform, AeroChain can operate on Ethereum, as well as other blockchains, to facilitate connection and data interoperability without sacrificing privacy. Through AeroChain’s platform, all the manufacturers of an aircraft can communicate without leaking private business data to the other component manufacturers; this allows for massive efficiency in the certification, production, operation, and maintenance of all aircraft.  The same is true with aircraft maintenance facilities, airline scheduling partnerships, consumer data between airports and countries, certification with regulatory bodies, and more.

AeroChain is using cryptography and blockchain technology to allow aviation stakeholders to transmit data while keeping it private and secure.  A layer-two platform facilitates a lower cost and effort build, lowering the barrier to entry and creating new and groundbreaking businesses within aviation.

How to Participate in Blockchain Networks Without Mining

TRON Independence Day is here, but the blockchain revolution has just begun