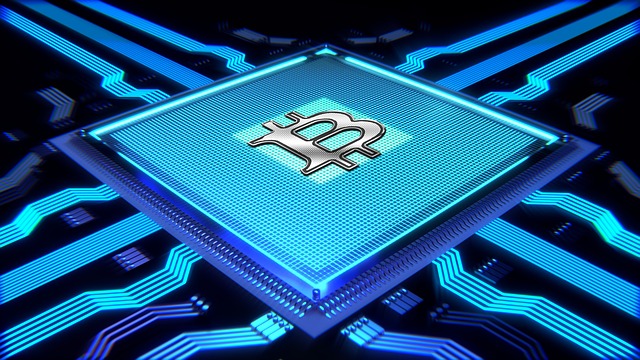 When Satoshi Nakamoto first shared the premise for Bitcoin, mining seemed like a simple way to contribute to the blockchain world while earning a small income. Miners in proof-of-work systems such as Bitcoin compete to see who can solve cryptographic problems the fastest–whoever wins, through a combination of luck and superior computing power, earns the right to verify the transaction and add a new block to the chain. Bitcoin miners are rewarded for their efforts with a payment of newly minted Bitcoin.

While Bitcoin mining was easy enough to participate in for hobbyists in the early days of blockchain, the landscape today is very different. An April study from Morgan Stanley claimed that Bitcoin mining is only profitable when one token is worth $8,600 or more. Because proof-of-work mining is competitive, the miners with the best access to cheap electricity and high-powered computing hardware often win the right to add the block, which has led to centralization. A study published in January concluded that the top four miners in Bitcoin and the top three miners in Ethereum control 50% of the hash rate.

As the economic realities of mining become increasingly punitive, many blockchain enthusiasts are looking for ways to participate in the network that are more substantial than just owning and trading cryptocurrencies, yet less resource-intensive than mining. Luckily, there are meaningful non-mining participation opportunities in the current blockchain world. Here are two of them:

Running Your Own Full Node

Blockchain systems are secure because every full node in the system contains and continually updates the network’s full ledger. Full nodes only accept new blocks that adhere to consensus rules, protecting the network from manipulation.

But just owning a cryptocurrency token is not the same as running a full node. If you store crypto in an exchange-provided wallet, you likely are running an SPV “lightweight” node, which verifies transactions through a process that only downloads headers of blocks on the network, rather than full block content.

Some crypto enthusiasts buy a “node in a box,” which tends to cost less than most mining rigs but can still retail for hundreds of dollars. It’s also possible to create a node through cloud computing or a DIY hardware project. In most blockchain networks, running a full node without mining doesn’t earn the operator any compensation.

But there are still benefits to running a full node. Because your full node validates all transactions through its meticulous check of the blockchain network rather than trusting other nodes in the system, it’s far more protected from fraudulent transactions than lightweight nodes. Running a full node reduces your dependence on third-party wallet suppliers. In the event of a hard fork (a change to consensus rules that would make previous blocks invalid), running a node allows you to participate in blockchain governance by choosing if you’ll accept the update or not (much like the original owners of Ethereum Classic, who created the token when they refused to accept an update undoing the 2015 DAO heist).

Full nodes keep blockchain networks decentralized. For this reason, many blockchain enthusiasts run full nodes on principle, to protect the blockchain qualities they prize highly. If you are interested in compensation for running a node, however, some networks do pay full node operators. ZenCash distributes 3.5% of mining rewards to full nodes.

Ethereum founder Vitalik Buterin recently told a conference that until the protocol improves its scalability, developers looking to build mainstream apps on top of it are “Screwed. Full stop.” The truth of this tough love sentiment was apparent in Ethereum’s late 2017 “CryptoKitties” slow down when fewer than 200,000 users managed to congest the entire network. Bitcoin’s scalability problems have been even more extreme.

To tackle the scalability crisis, a growing number of blockchain protocols are turning to off-chain file storage coupled with on-chain security. In these protocols, there are plenty of opportunities for anyone with spare computer infrastructure participate without necessarily mining or running a full node.

In Dispatch Labs’ new, highly scalable protocol, content uploaders and farmers play a vital part in both the on-chain and off-chain ecosystem. Uploaders distribute content (such as an Mp3 or a database) through Dispatch by creating a smart contract that matches a hash on the Dispatch blockchain with a hash attached to the artifact. Downloaders looking to access the artifact can only unlock it by obtaining its corresponding hash through on-chain activity.

Anyone who wants to share their own content can take on the role of uploader by hosting that content. If an artifact is especially popular, however, uploaders may contract with farmers. Farmers store copies of popular material on their computers in return for payment from uploaders and distribute that content in return for payment from downloaders. Farmers themselves can’t unlock the artifact, which remains cryptographically sealed regardless of whose hard drive it resides in.

For some dedicated crypto enthusiasts, mining might be the way to go for maximum profit and full participation. For others, just holding tokens might be enough. For a sizable community of crypto users who want to participate in the network more than by just trading tokens but aren’t interested in mining, running a full node or hosting files for payment could be the perfect match.

How to Bring on Merchants for Blockchain Adoption

How the Blockchain Layer is Sparking Innovation Across Industries