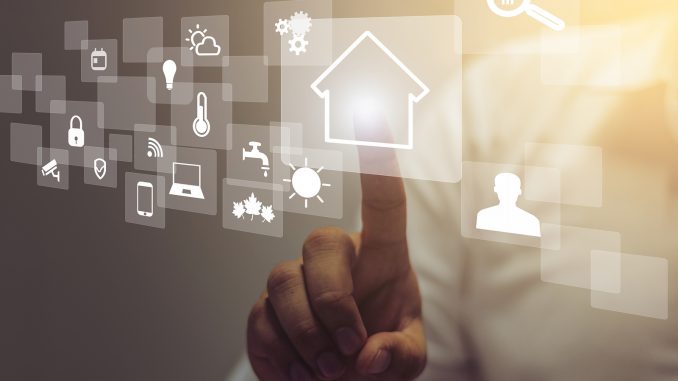 In its current state, it can be argued that the real estate market is currently bogged down by a nexus of real estate agents, brokers, lawyers and other middlemen who end up taking away a significant percentage of the total transaction amount. Despite their fees being mostly justified for the services they provide, it represents an extra overhead in terms of time and money for both, the buyer and seller. It is fairly common for agencies to charge a fixed percent on the total amount, some of which go as high as 10 percent.

Just like traditional cryptocurrencies were first developed with the promise of a better economy that did away with the overhead and extra charges, SMARTRealty aims to ‘clean up’ the real estate industry using its blockchain based platform.

Given that most blockchains are intentionally trustless and decentralized in nature, it goes without saying that there is no need for a governing party during a real estate platform through SMARTRealty. When you also consider that the proposed system essentially covers the entire transaction process from beginning to end, the potential to render all real estate related middlemen obsolete in one fell swoop quickly becomes apparent.

Furthermore, one of the key features the company is focusing on is the ability to create custom smart contracts depending on the property involved. Real estate purchases often come with extensive legal obligation and paperwork, including miscellaneous details such as initial security deposit and early payments that are difficult to enforce.

A traditional contract may seem like the logical choice for most property transfers. However, for the average person with little to no knowledge of local laws and regulation, the challenge to create a contract may be daunting, especially since the document needs to be legally binding and enforceable, should a dispute arise between the two parties. This is exactly why SMARTRealty is designing smart contract templates that can be used and modified according to terms specific for each transaction.

While SMARTRealty’s primary product is clearly its blockchain-based smart contract feature, it is obvious that it also needs a reliable interface for buyers and sellers to find each other. The company has stated that it will be working with real estate networks and other websites to feature properties on its platform, in addition to any user submitted ones.

Even though a beta of the SMARTRealty platform is not expected to go public until approximately six months from the day this article was written, a mock-up website is already live with a list of sample properties.

Like any modern real estate page, SMARTRealty’s offering allows sellers to showcase their property, including details about its location, size and price, among others. In addition to that, the platform also supports certain types of media such as videos, images and virtual tours for every listing.

The final aspect of the platform involves facilitating the means of payment and the company’s monetization strategy. Simply put, the SMARTRealty team takes care of both these issues with its native RLTY token. While buyers can use any major fiat currency or crypto to pay for a property without restriction, including USD, EUR, BTC and ETH, the amount is always converted into an equivalent amount of RLTY tokens at the time of contract settlement.

The need for RLTY tokens at the time of purchase is to settle the property’s smart contract on the Ethereum blockchain, so that the system does not have to deal with many different types of currencies with differing values. Ultimately, with an increase in use of RLTY tokens, demand for it should also increase proportionately.

Early investors and future users of the platform are currently offered a 30 percent bonus on any amount of tokens they purchase through the SMARTRealty token sale. The company is accepting payments in a variety of currencies, the full list of which is available on its token sale website.

To address the problem of liquidity, the team have also stated that in addition to listing RLTY on as many cryptocurrency exchanges as possible, the token will also be designed in such a way that sudden large value purchases or sales do not skew the market in one direction or the other. This is an important consideration as, initially at least, a single expensive property worth millions of dollars can greatly skew the daily trading volume if one party decides to liquidate their holdings.

Even though such a predicament becomes less and less likely to occur with increasing use and popularity of the platform, it is reassuring to know that the company has covered at least a few of the potential issues.

A slightly more technical insight into the company’s proposed future and its business model is detailed in the white paper available on SMARTRealty’s website, where other details regarding the token sale are also available.

According to the roadmap published on the same page, SMARTRealty is pushing for an aggressive schedule, with exchange listings due by the third quarter of 2018 alongside a beta of its platform. Finally, an official launch of both, its rental and sales platform, should take place in mid-2019.

With a sizeable percentage of the world now finally keen on making the transition from fiat to cryptocurrency for payments, SMARTRealty’s solution may very well change the way real estate transactions take place in the future.

How ClearCoin Plans to Save the Advertising Industry

How Hicky Is Simplifying the Dating Experience With the Blockchain