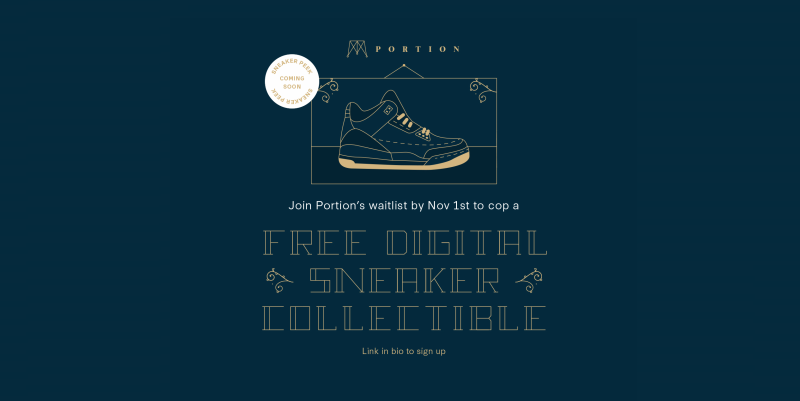 The creative arts and crafts industry can now enjoy increased activity levels and productivity in all essence. This is because the Portion™ blockchain provides an ingeniously built framework that brings artists, creators, and collectors together in an interactive digital community. With this innovation, artists and their artworks are expected to receive more value on the overall, while it also becomes easier for collectors to gain easy access to innovations- much more than it used to be. Stakeholders in the arts industry have continually mentioned the fact that a platform like the Portion™ protocol, is just the needed propeller for market appreciation, as well as some sort of encouragement for a sector that had not been performing well up to its full potentials.

Several blockchain analysts who have had one thing or the other to say about the Portion™ protocol, have remarkably commended its apt operation feature designs. The protocol can be referred to as that which is distinctly moulded to suit promotional and profit-oriented activities for the central stakeholders- artistes, creators, and collectors.

Portion’s operation methods follow simple, straightforward steps, that are yet effective for the purpose for which they have been designed.

Firstly, artists are required to present and validate their products through the protocol’s native validation process. This is to ensure that each listed product is duly and rightly ascribed to the authentic owners while removing tendencies for counterfeiting and theft.

Subsequently, all listed products are issued with blockchain powered certificates which links peculiarly to individual products. It is this certificates that are used for ownership and identity validation, every time a transaction is to be initiated.

The use of smart contracts allows artistes set up bidding processes for their finished works, where the highest bidder (who is able to settle the payments) assumes ownership of the product.

All transactions on the Portion protocol would be powered by the use of its ERC format ‘Porti tokens’. This would allow selling artists to optimize their profits since every possible draining ends typical of centralized systems would have been removed. Transacting directly with the copyright artistes on the platform ensures the authenticity of the products bought, as well as reasonable credibility of the process.

In addition to this, the platform facilitates transparency and fairness during transactions. Since every transaction details are recorded on the immutable blockchain, artwork is continuously being able to retain their cost worth, even while they are being passed from one ownership to the other. This is because every involved party sees the price for which it had been previously valued, and this could be a guide for determining what new prices should be paid- although there would always be allowances for value appreciation.

In order to ensure that its mandate is fully implemented, Portion has designed an extensively encompassing framework that would see to the success of the project, and its subsequent sustainability for years to come. Hence, the Portion™project and management team has sorted out ways of entering into high-value partnerships that would create the required synergy for ensuring prompt service delivery, and a well-included ecosystem of all the active players who are essential to the creative arts sector. This move would help in harnessing publicity and support, for every benefiting stakeholder.

One of the most recognised partnerships the company has yet entered is with snkrINC. snkrINC is a top media brand that promotes arts creativity and hype, by facilitating sneaker culture activities. The objective of this partnership aims at opening opportunities for artists to revive and show their creativity tendencies in the production of customized digital footwear. This project is expected to receive widespread publicity and entry inputs, and would serve as some form of eye opener to the new advantages that have been added to the arts industry. Preparations for the project has been well planned, as the snkrINC has adopted the services of established artistes- the likes of StomperHaus, and Robb Harskamp, to oversee some aspects of the execution.

On the other hand, the Portion™ blockchain would be handling the aspects of publicity and marketing of finished digital sneakers. By this, creators who have worked as part of this partnership, would be allowed to put up such attributes as a call for orders and pricing, on their digital products. In summary, this means the platform would be helping them set up structured viable businesses via its blockchain operations. The scenario is that in which every participating artiste has their own space on the platform, where they can sell and collect their digital sneaker products.

Portion’s partnership with snkrINC has been estimated to bring a substantial market boost for artists and creators. The purpose of it does not stop at the immediate gratifications, but it is expected to be the driving force for a steady rise of the arts sector.

When the Portion’s blockchain solution gains the much-needed publicity and adoption, the creative arts sector would obviously have gotten such positive results to show for it.