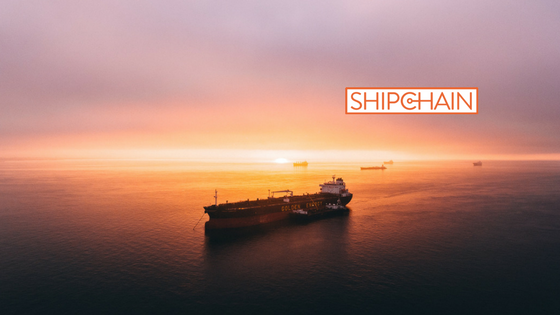 For decades, prominent individuals around the world have been looking for new and improved ways to organize and transmit information. There are many examples of this, but one of the best is the use of pagers in medicine.

In a lot of ways, many hospitals are stuck in the 1990s. The majority still rely on pagers for communication—devices that nearly every other industry thinks of as relics of the past.

Inside and outside of medicine, there’s a huge demand for an information organization and transmission overhaul. Luckily, there’s a new technology that has the potential to revolutionize the foundational building blocks of how every sector operates—blockchain technology.

Albeit relatively new, blockchain is an unmatched and incorruptible digital ledger of transactions that can record virtually everything of value. It’s had a big impact on finance, and well-known sharks are starting to make sure it revolutionizes freight, too.

An immutable, transparent data record has the potential to revolutionize the shipping industry, which is why many entrepreneurs are joining forces blockchain-based shipping companies. Although the competition in the space is fierce, one blockchain-based, shark-advised startup is starting to stand out amongst—ShipChain.

The ShipChain platform offers a fully integrated system that tracks shipments across the entire supply chain. So, if you need to track a package, you can follow its entire route on a trustless and transparent blockchain—from the moment it leaves a factory to the second it arrives on your doorstep.

Thanks to four sharks (one literal), Kevin, Brandon, Brian and Joel, and a billion-dollar brand, Perdue Farms, ShipChain’s blockchain based platform is starting to accelerate shipping and tracking forward in a very fundamental way. As it fixes ingrained industry issues, it also changes the way consumers view their power within the shipping and logistics space.

Over the past three decades, Kevin Harrington has established quite the reputation for himself in the business world. Starting as an original shark on the hit TV show “Shark Tank,” Harrington has empowered countless business owners to turn their dreams into world-renowned successes.

Most recently, he’s started to advise the ShipChain team. As a hands-on adviser, he believes in ShipChain’s goal to modernize one of the largest industries on the planet.

You might have heard Brandon T. Adams’ name before in relation to media. Not only does he host “Live to Grind,” an influential business podcast, but he also co-hosts “Ambitious Adventures,” a reality show about young entrepreneurs, and is featured on the Napoleon Hill Foundation’s film “Think and Grow Rich.”

Aside from his role in media, Adams owns a stake in a number of business and serves as a ShipChain advisor. As a crowdfunding, branding, PR and media expert, Adams was attracted to ShipChain’s goal to be a force for positive change in an industry that’s expected to grow to $15.5 trillion by 2023.

As one of the top world influencers on Forbes, fourth most influential business journalist in the world and founder of the 25th fastest growing advertising and marketing agency in the United States, Brian D. Evans is an entrepreneurial force to be reckoned with.

According to Evans, “The freight and logistics industries are plagued by fraudulent players, unnecessary third parties and a complete lack of transparency. I’ve joined ShipChain to help consumers and businesses overcome these barriers. With Ethereum smart contracts, you’ll be able to track and verify your shipments like never before.”

As a futurist, Joel Comm has been fascinated with blockchain since the creation of cryptocurrency. Comm is a New York Times best-selling author, social media and marketing strategist, brand influencer, keynote speaker and co-host of the “Bad Crypto Podcast.”

Starting in spring of 2016, Comm has looked for revolutionary players in the blockchain and cryptocurrency spaces—his latest find being ShipChain. Currently, he’s leveraging his incredibly powerful network to help ShipChain reach the right people and businesses.

As an innovative food and agricultural company, Perdue Farms is a consonant catalyst for industry improvement. With a commitment to the stewardship of people, animals, food and the environment, Perdue inspects and seeks to improve every facet of its company.

Perdue will soon be testing ShipChain’s platform in an attempt to increase visibility across their supply chain. With an uptick in transparency, they should be able to improve their internal conversations and communicate with various carriers with more efficiency.

The Future Is Bright

Blockchain technology is gaining momentum, but many are resistant to change. For some, what’s currently in place works well enough—like pagers in medicine. For others, though, the current moment presents a unique opportunity to establish the necessary infrastructure and platforms that’ll eventually disrupt multiple sectors and the global economy.

There are several “movers and shakers” closing this gap, one of which is ShipChain. Founded by a team of business leaders and advised by some of the top entrepreneurial minds in the world, their goal to revolutionize the shipping and logistics industry is becoming a reality.

Thanks to their hard work, businesses—like Perdue Farms—and consumers will soon become familiar with a better way to track their shipments across the entire supply chain.