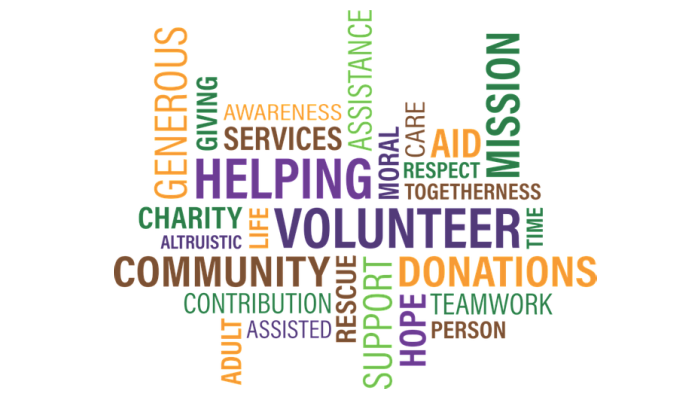 Despite our division when it comes to things like politics or Pepsi versus Coke, Americans really pull together when it comes to natural disasters and crises – whether nationally or worldwide. Even on a smaller level, communities come together and rally around each other to support local families in need and take care of their own.

Although many seem to have an innate desire to give and support, there are so many different scams and people who are more than happy to take advantage of others’ good nature that people have grown more and more wary of donating and supporting what should be good causes. How do you know a cause is legitimate? How do you know your money will be used how it’s supposed to?

The crypto company, Utopi, understands the concerns that many donors have and they’re using cryptocurrency and blockchain to change that.

Utopi’s Chief Experience Officer, Eric Westbrook, said, “In most cases, there’s a lack of transparency to how much of donated funds go to overhead versus actually helping a cause. Especially when concerning rapid disaster relief – where funds can easily disappear or fall to wasteful spending with faulty oversight.”

Through the use of blockchain technology, however, that changes. Blockchain, being a decentralized digital ledger that chronologically and securely records transactions but that can be accessed by anyone, makes charitable donations transparent.

Westbrook explained, “…a blockchain-based system could revolutionize giving. Hands down. Blockchain provides the perfect sort of accountability to facilitate charitable giving that you know is having an impact. The open nature of a ledger shows us where funds go but also importantly show us where funds come from – giving donors the chance to see what their contributions have done and quantify their impact on the world.

“Blockchain also gives us some really cool opportunities for gamification. Rewards and badges can be issues as digital assets through blockchain. Bonuses can be provided with gamified events surrounding giving campaigns. To me, those are really the three biggest things that blockchain provides to this space: transparency, metrics, and gamification.”

Not only is Utopi revolutionizing charitable giving by using blockchain to offer efficiency and transparency, but they offer donors exclusive access to live streaming celebrity events and unforgettable encounters with charitable influencers that are not only fun, but that still have an impact (for good) on humanity.

Despite all of the potential that working with cryptocurrency and through blockchain has to have a major impact for good on the world, it’s not without its challenges. Utopi’s co-founder and CTO, Greg McGregor, said, “It’s a new technology and finding engineers that understand it can be challenging. Furthermore, most blockchains don’t scale well.

“If your business is going to do a high volume, then it needs to run on something like the Dispatch Blockchain to scale. Secondly, basing your business on top of, say, Ethereum, is a risk in that Ether performs so well people don’t want to convert it out of Ether into the other coin.”

Westbrook also added, “For startups, when building blockchain protocols, it’s difficult to differentiate in a way that is meaningful and digestible to investors. For those working on dApps, the challenge is to design interfaces and experiences that users find inviting and that gently guide users into the crypto world. It’s still a strange and unfamiliar area to a lot of people.”

Although Bitcoin (one of the first and best-known cryptocurrencies) launched in 2009, it wasn’t until the last few years that cryptocurrency became a better understood and more mainstream concept. Because it’s still relatively new and completely electronic, some don’t really want anything to do it with it. That’s not the only challenge Utopi faces, though. The recent cryptocurrency crash and the volatility of cryptocurrencies could pose an issue as well.

Westbrook isn’t too worried about it, though. He said, “I think that volatility can be overcome by encouraging users to stay inside the ecosystem and by making that ecosystem as easy as possible to participate in. I think that in many cases you could have users interacting with dApps that do not even particularly realize nor care. A dApp could facilitate credit card transactions that convert fiat to crypto without being obvious to the user.

“Users can be rewarded with crypto and given bonuses and discounts when using their existing crypto on purchases. Special content ‘drops’ can be provided to users holding a certain amount of tokens. There’s a lot of ways to incentivize engagement with the token economy.”

Despite the challenges they face (but are prepared to handle), Utopi is revolutionizing charitable giving, making it more transparent and even adding in fun. The transparency Utopi offers donors helps eliminate the concern of being scammed or not knowing exactly how their donation is being used and provides donors with peace of mind and encourages them to make donations as they see fit rather than worry about underlying motivations.

Would you use Utopi to make charitable donations? Why or why not?

This Blockchain Platform Is Everything Game Developers Have Ever Wanted