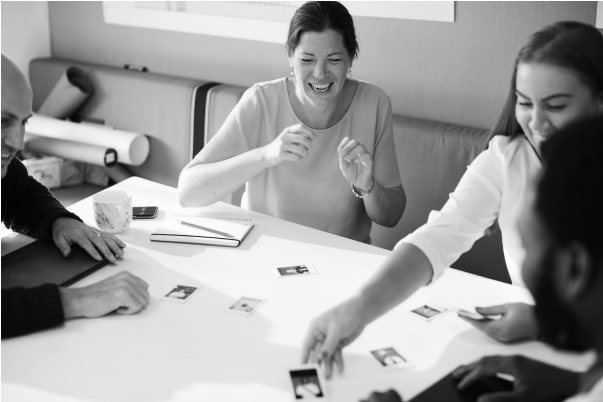 Lately, there has been a rise of the number of articles that have been written on networking and its influence on the job search. While this is not a new concept, the overarching view of networking does bear some fundamental flaws.

The most successful people view networking as an opportunity to connect with others to share useful information and resources. That’s right: networking isn’t about asking for assistance or collecting names. In the most perfect form, it’s about building relationships and helping others. As a professional with skills and professional expertise, when you network, you should identify contacts to build mutually beneficial relationships and follow up with them to nurture the potential for continued engagement and interaction.

To be sure you have a good handle on the topic, let’s address some prominent networking myths.

❏ Networking only happens at professional events. If you think you can only successfully meet people who will influence your career at events with “networking” in their title, think again. Luckily for those who believe they “hate” networking, you can meet new people and begin to foster relationships any place there are living, breathing humans, either in person or online.

❏ You can only network with people once you have a strong relationship with them. Networking is about relationships, and you may be most comfortable exchanging information and ideas with people once you’ve established a strong connection. However, researchers suggest weak ties (people you know casually, or those you just met) are most likely to be your best networking contacts. This is because people in your sphere of influence, probably have contacts similar to yours. Don’t hesitate to reach out to someone you met at your friend’s dinner party or that talkative person you see at the tennis courts. These people may be the best networking contacts for you.

❏ Telling everyone you know you’re looking for a job. Asking people for names of those employed in places where you want to work isn’t networking, nor is approaching strangers to ask for jobs.

❏ Introverts can’t network. If you are an introvert, you may not enjoy social situations where a lot of formal networking typically happens. You don’t need to love working a room or begin every day hoping you’ll find someone who wants to hear your life story to successfully network. If you’re shy or introverted, you can take advantage of the innate skills you may have to excel at networking. For example, you could be a great listener, even if you aren’t interested in commanding an audience.

❏ Choose networking venues well suited to your skills and interests. For example, if you prefer small-groups, avoid large conferences and networking events likely to overwhelm you. If you love writing, but not talking, turn to online social networks, where you’ll have the opportunity to connect with like-minded colleagues without leaving your home or office.

❏ If the person is interested, he or she will get back with you. Wrong! Most people, like you, are busy. The best networkers don’t ever leave it up to the other person to get in touch. Perhaps you exchanged business cards, or even connected on LinkedIn. However, that doesn’t mean your job is done. If you want to continue the professional relationship, it’s your job to reconnect and follow up.

❏ You should only network when you’re looking for a job. Unfortunately, most people believe networking is an item for their job search “to do” list. However, growing the network of people who know about you and your expertise is something you should include in your plans on a regular basis.

How to Really Find the Job You Want

If you really want to find a great job and become successful, begin by specifically defining what type of job you desire. If you don’t know where you want to go, you won’t know how to get there.

Once your goals are clearly defined, make a conscious decision that you will work as hard as it takes to get there. Resiliency is key to lasting success.

With the new era of technology networking might become easier and more structured. Take a blockchain as an example of next-gen technologies that have all the chances to become the game changer. For modern and proactive people who are ready to take the next step in their careers we created Aworker – the platform that helps to find the most suitable company and job position based on your psycho-type, professional skills, and achievements. Aworker users are no longer tied up to one job, company, city or even continent so all your connections from all over the world will be counted. The catch here is that you have to prove the data you write about by attaching certificates or other verifying documents. Also if there’s nothing that makes you want to quit the current job that you don’t actually adore, you still can get a reward by recommending a friend or acquaintances for open positions (they’ll be rewarded even if they won’t get a job after the interview). Your acquaintances from internships, part-time jobs, webinars, and other professional events will be able to

prove your skills and achievements at work. To find out more about the project, visit this page .

Networking is a great way to broaden the number of acquaintances who can one day be helpful the most. With the power of blockchain you won’t lose any of your professional contacts and get the chance to prove your competence.

Networking for the Shy – Tips for getting over shyness and feelings of self-consciousness so you can network effectively. (Monster.com)

Frequently Asked Questions (FAQs) About Career Networking – An interview with Katharine Hansen, Ph.D., author of A Foot in the Door , a book on how to use networking to enhance your job search. (Quintessential Careers)

Job Networking Tips – Eight tips for successful networking, including ideas about where to find contacts and how to connect with them. (Network Services & Consulting Corporation)

Related Topics:BlockchainJob SearchNetworking
Up Next