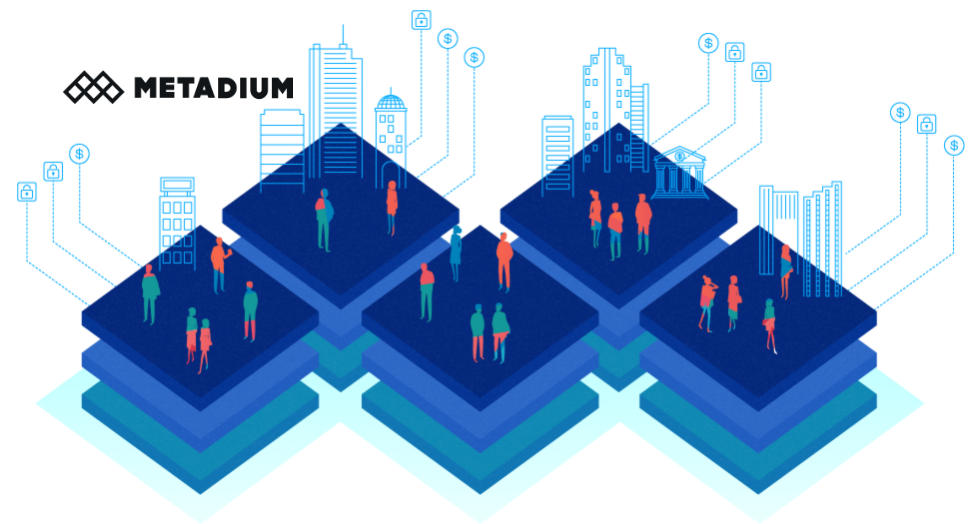 Identity is a valuable asset in the digital age of data. Companies clamor over one another to create complete individual profiles to increase revenue from third-party advertisements and selling of data to third-party analytics companies. However, many people do not have personal protections for their identities. Instead, they are relegated to standards put in place by centralized institutions. As a result, personal identity is still largely vulnerable to theft and non-consensual use.

The intervention of blockchain in digital identity management enables users to protect and manage their identities, with its history immutably stored on the blockchain. Decentralized control access of their identity allows them to divulge only the personal details that they see fit.

Metadium is a blockchain project dedicated to designing a real-world application of Self-Sovereign Identity, a concept that individuals are owners of all aspects of their own identity both in the offline and online world. As a decentralized identity protocol, Metadium will offer users an alternative to unreliable centralized institutions and enable them to retain complete ownership control of their digital identity. The protocol leverages a META ecosystem of users, attestation agencies, and service providers to provide a distributed exchange of identity and identity-related information. Importantly, user data is protected with Metadium’s decentralized Public Key Infrastructure (dPKI) that enables verifiable integrity of virtual identity.

Metadium’s technology partner is Coinplug who has one of the highest numbers of blockchain-related patents in the world. It has been providing authentication solutions for private entities for many years, and the two companies are working very closely to create a new ecosystem for Self-Sovereign Identity.

The current digital identity paradigm is inherently flawed in that centralized data silos are continually hacked. Recent revelations of improper data sharing practices by a major social media company have only exacerbated the problem. Metadium’s dPKI allows users to interact in secure environments knowing that they can control which of their data is shared with service providers. Instead of relying on third-parties for the security of their data, users can rely on the assurance of their identity being protected. Coinplug’s many patents including certificate issuance, a Physical Unclonable Function (PUF) for management of private key, and biometrics, will be integrated into Metadium to provide an advanced blockchain identity infrastructure.

One of the common problems facing many users of the Internet today is the repeated entry of data into online forms, websites, and various other logins. Not only does this create a challenging task of user ID and password management, but it leads to security holes. Consistent online entry of personal data leaves that data vulnerable to fraud and it typically ends up in the hands of third-party advertisers or other intermediaries. Meta ID, Metadium’s service layer, enables a user to have a single manageable identity that includes attestations. Users subsequently can use their Meta ID anytime, without boundaries or the need to repeatedly enter sensitive information.

Corruption of identity data in Metadium is deterred through utilization of a Merkle Tree architecture. The root hash of the tree is stored on the blockchain, rather than the personal data of a user as the method for storing a certificate on the blockchain. Due to the hierarchical design of the Merkle Tree, users can disclose only desired information to other parties while citing the root hash as the reference for the authenticity of the data. This allows for retaining the privacy of data without compromising its integrity or security.

The Metadium crowdsale will begin on September 18th. The sale will take place on the Coinsuper Exchange, and 49,996,600 META will be made available to the public.

Decentralized identity is the future of digital identity management and verification. With the current paradigm clearly broken, platforms like Metadium seek to redefine the narrative.