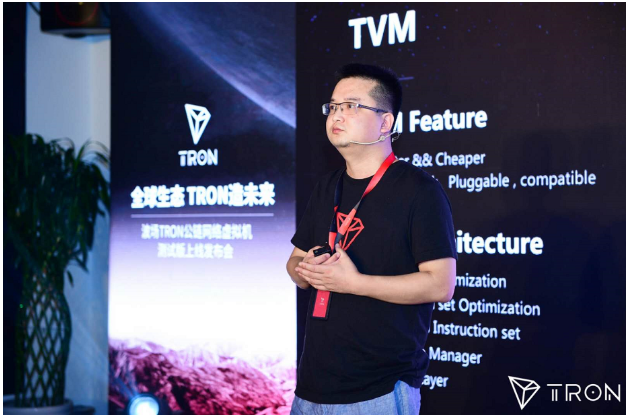 Last month, TechCrunch and Variety reported that Justin Sun’s blockchain company TRON acquired BitTorrent for $140 million. Up till now, there have been discussions from the Chinese media towards the major acquisition in the blockchain community. Justin Sun made an official announcement on Weibo on July 24.

After years of drifting, the decentralized Internet traffic dominator of the PC era has decided to embrace blockchain, a novel idea; as for the blockchain community, represented by TRON, technical progress made in the bear market has begun to undergo transformation. The combination of the two parties leaves plenty of room for imagination.

BitTorrent is known for file downloading. Bram Cohen, a talented programmer from New York, created a peer-to-peer file sharing protocol known as the BitTorrent protocol in 2003. Classic file-sharing may take too long due to its one-to-many model with centralized servers (all users share the same bandwidth). The BitTorrent protocol, however, works with a decentralized many-to-many model where users download and upload at the same time. Simply put, file sharing will be faster as there are more downloading users.

The protocol is so important that it completely changed how people searched for online content during the PC era and brought about a number of commercial downloading software, including QvodPlayer, eDonkey and Xunlei. Bram Cohen, father of BitTorrent, was also listed among “Ten Figures that Shape the Internet”.

However, the seemingly promising BitTorrent protocol did not end up being a moneymaker as its angel investors DCM and Accel expected. Instead, it continues to suffer from business setbacks.

In 2004, Bram Cohen and his friend Ashwin Navin founded BitTorrent Inc based on the BitTorrent protocol, ready to spread their wings with a startup capital of over $20 million. However, due to its open-source nature, BitTorrent had been associated with copyright controversies from the very beginning. IP producers like Hollywood accused BitTorrent as a pirate stealing copyright all over the world. Bram Cohen himself couldn’t do anything about his creation, either.

Cohen has made various business attempts, including developing enterprise software and entertainment channels like live streaming platforms. Yet it was like an unbreakable curse — the BitTorrent protocol shaped an era but failed to bring returns for Bram Cohen.

BitTorrent’s official website reads: More than 170 million people use our products every month. Our protocols push as much as 40% of the world’s Internet traffic on a daily basis. Facebook and Twitter use it to distribute updates to their servers; Florida State University use it to distribute large scientific data sets to research institutes; Blizzard Entertainment use it to allow players to download World of Warcraft…

These are all facts. The BitTorrent protocol even accounted for 70% of the world’s Internet traffic at its peak. Still, it was of little avail.

BitTorrent Inc entered a drifting period with frequently changing leadership. Eric Klinker succeeded Ashwin Navin as the CEO and the company was in for a rough ride. During the third round of financing, Accel withdrew and was replaced by another investor team, DJS Acquisition. Ashwin Navin chose to leave while Delamar and his cousin Johnson took over his post.

The company’s revenue continued to drop during the turbulence. Delamar and Johnson squandered the limited cash reserve on business expanding, which foreshadowed the later rumors of BitTorrent’s selling. In the first few years, BitTorrent maintained a cash reserve of about $33 million; the number dropped to $14.9 million later on; in the end, they were left with only about $8 million.

Delamar and Johnson left in desperation. The company’s offices in California and Santiago were shut down with a big layoff. CFO Dipak Joshi became interim CEO. In the meanwhile, the founder Bram Cohen were devoted to BitTorrent Live, a live-streaming platform. Recently, he shifted his focus to blockchain and built Chia, which is claimed to be a more energy-efficient, secure and decentralized “Bitcoin”.

It was a sad business story. BitTorrent would have been lingering out its life, but TRON turned the corner.

With the population of Bitcoin, people start to notice that the underlying logic of Bitcoin can be applied to the decentralization of the Internet. As a result, blockchain starts to thrive, so does Justin Sun and his blockchain company TRON.

Anyone who’s familiar with blockchain knows that it is essentially a distributed ledger system that involves peer-to-peer transmission, consensus mechanism, smart contract, encryption algorithm etc. Many of these concepts are of a nature of decentralization, which shares the same vision of BitTorrent’s technologies.

Drifting BitTorrent saw TRON’s strength and their shared pursuit for a decentralized Internet, opening up conversations with Justin Sun and creating greater possibilities for the future Internet .

Justin did not disclose further details about the acquisition, but the hardship of the negotiation was reported by many foreign media. According to Variety, the negotiation between the two companies would last for at least a month, while TechCrunch covered that some shareholders were still disputing the terms after receiving the contract. Besides, more than one person claimed to be the intermediary between the two parties, expecting to receive an extra reward.

Despite the process, Justin Sun’s startup, TRON, a rising star in the blockchain industry, successfully acquired BitTorrent, the Internet traffic dominator of PC era with 170 million users. The combination of the two brings a promising future. In Justin Sun’s open letter on Weibo, he wrote: the acquisition of BitTorrent is a perfect example of TRON’s All In Decentralization strategy. Entering the birthplace of the decentralized Internet in the 21st Century, TRON will carry on with our mission, giving data ownership back to the users and establishing a new Internet that is free, transparent and decentralized.

A BitTorrent shareholder believes that TRON may use BitTorrent’s P2P architecture and broad user base to assist the development of its cryptocurrency.

Anyhow, the acquisition shows the global vision of Chinese blockchain enterprises and TRON’s determination to advance blockchain technology even in a bear market. Looking ahead, the jury is still out on whether TRON will bring a “second life” to BitTorrent as Justin Sun expected. We shall see.

TaTaTu (TTU) – The Next Big Thing to Hit the Entertainment Industry