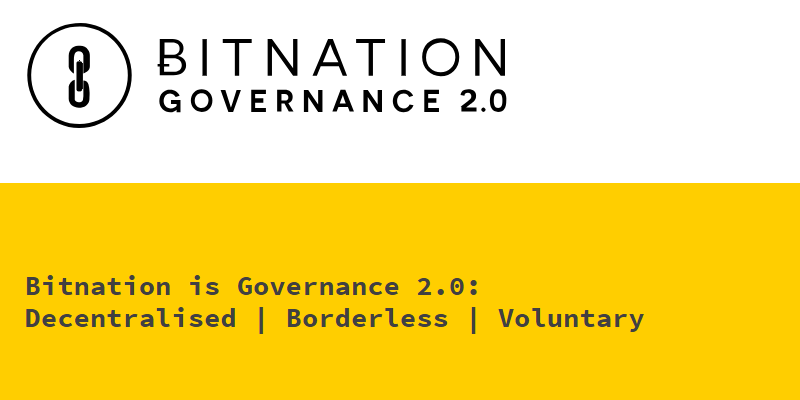 Bitnation is a Blockchain based platform that allows users to impart a physical and geographical aspect to the digital decentralized world.

A shared mesh, it is the next evolution of a peer 2 peer networking on the internet. A user can sign up on the platform and become a world citizen, getting access to thousands of users and communities worldwide through a smartphone-enabled application.

What Does Bitnation Offer?

Bitnation allows users to create a virtual nation, with its own laws and rules, including a constitution. Users who join a nation will abide its specific code of conduct and with shared interests, can build a whole economy.

Eventually, these nations are allowed to trade with other nations, building a virtual world. This gives people a chance to run their own virtual lives. With so many different e-commerce, trading and socializing platforms, decentralized and centralized, it is becoming hard for different people of the same interests. Through Bitnation, people of same interests can connect, interact and even trade on a P2P methodology.

There are four main aspects of Bitnation that a user can follow:

The Decentralized Borderless Voluntary Nations or DBVNs are set to execute agreements using the smart contract technology, essentially making the virtual nations totally autonomous, leading to the platform’s goal (and indeed, putting up to its name) as a Decentralized Autonomous Organization.

The platform utilizes its own internal PAT, the Pangea Arbitration Token. It is primarily designed to pay for services within the smart contracts and to any people who perform services such as arbitration in conflicts or disputes.

The ERC20 token is in its token sale, with a conversion rate of 5780 PAT to 1 ETH. There will be a total of 42 Billion PAT ever created, of which only 10% are in the token sales.

Win YUM Tokens by Playing, Sharing, and Reviewing games. Spend it in any game that supports Yumerium