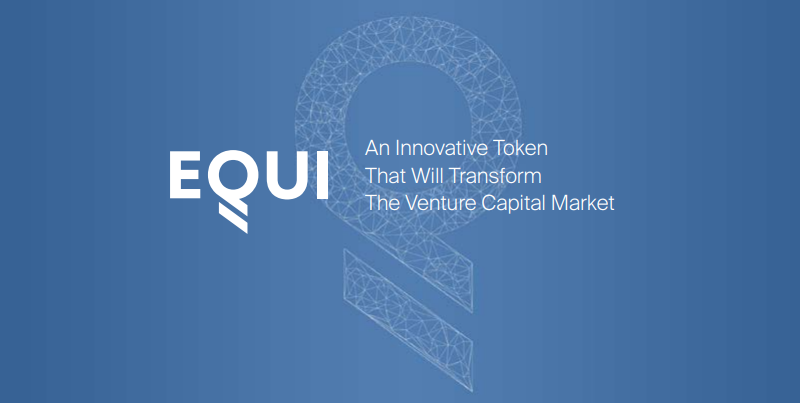 Venture capital is seen by the world as a high-risk activity, but everyone knows that with high risks, come greater gains. Venture capitalists are known for their gambles in new and unstable companies that have a potential for enormous growth.

There are people all around the world who prefer to invest in new and upcoming technologies but lack the access or the funding size to be of any use.

EQUI Capital is a blockchain venture capital platform that allows investors of all kinds, small to large, from any part of the world to invest in companies and technologies they see want to. The platform is founded by Doug Borrowman. Borrowman himself is a venture capitalist and his company, the Aston Ventures has been investing in different startups for the last three decades. The firm has a keen eye and picks projects that have the potential to give profits back to investors in a huge amount.

The firm now is venturing into the blockchain technology era, allowing holders of cryptocurrencies to invest and earn from it.

Another advantage of EQUI Capital is that investors do not have to worry about studying startups and evaluating their potential. The platform will do its own research, banking on its experience to make sure that the least risky options are selected.

Users for the platform will only need to select the venture they wish to invest, and how much they want to invest. The feasibility and other studies will be taken care of by the platform itself.

There are three kinds of users on the platform:

As such, 75% of the profits made on the platform will be distributed to the users, while only 25% will be held by the platform as a fee for its services. Considering the high cuts other investment systems take, this is very cheap.

The platform’s token, the EQUI is in its ICO and has raised more than USD 7 million. The immense response from people and backers have made the developers decide to extend their ICO till the end of June, 2018, giving more time and ample opportunity.

PDATA Token – Make Money from a Decentralized Marketplace by selling your personal data.