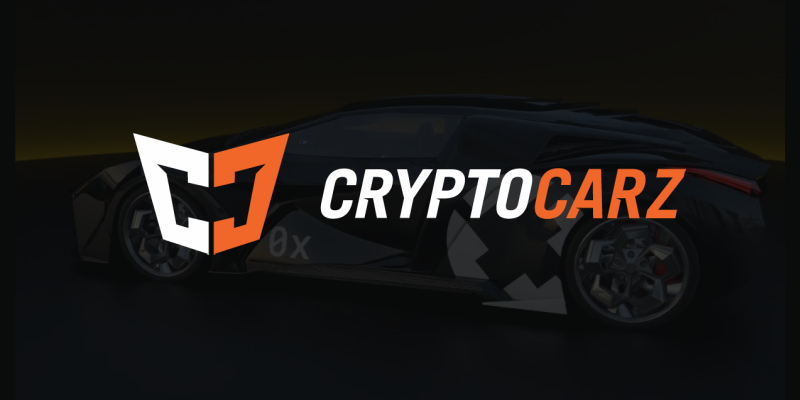 CryptoCarz is a multiplayer virtual enabled racing game, powered by blockchain technology. The game allows you to race and build your ride. The garage offers the latest kits and mods to create and build cars. Each car is an edition series model that operates just like a real car. Users will be able to invite your friends to check out your car in the virtual showroom.

The broad sector of digital gaming is now the largest industry in the world. The Gaming industry is now worth over $80 billion per year. In-game items and digital assets generate most of the revenue in the gaming industry. Currently, Users do not have real ownership of the items that they purchase on these game platforms. Some games ban users for reselling an item for real money, that is why CryptoCarz was created. CryptoCarz is a digital combination of various content providers from a different sports league, Competitive gameplay, and unique digital art. Users will be able to rent out or sell their assets on another game platform. This will thus, create liquidity in the game market.

Since these assets are transferable, users will be able to monetize their goods. They will provide tools to connect gaming engines and blockchain.  A crowdfunding platform will allow users to obtain assets and build the actual game.

Who are the brains behind CryptoCarz?

This is a joint venture between Diginex, Active Genes, and shadow factory. These blockchain studios bring visual innovation and engineering together.

Active Genes is a consultancy company based in Dubai and Hong Kong. They are experts in product development and strategy.

CryptoCarz mirrors the personalization and the obsession of racing in the real world. Just as real car racers are eager to race with their favorite cars. Each game player will need to rent or own a unique virtual car. The enticing thing about CryptoCarz lies in the modification, display and the ultimate racing of the digital assets in an immersive environment.

How you can earn and enjoy the CryptoCarz Game

CryptoCarz token is an ERC721 token that is secured on the Ethereum blockchain. This has added benefits as it gives the cars a collectible status. Users will be able to earn tokens from winning the Top three positions in the eSports competitions.

According to the team, “Gaming, cryptocurrencies, and cars are our passions, so we decided to combine them into one platform” They see strong synergies between gamers and cryptocurrencies. They believe that the market for gaming, cars, cryptocurrency and blockchain technology is vast and they decided to combine them. The platform which is VR enabled and powered by Ethereum blockchain allows users to have complete ownership of a car. The car will be loaded into the game with the appropriate integration tools. The game will pick 20 car models to represent the top cryptocurrency. Each model will have a maximum of 650 units that are defined in the smart contract. The similar cryptocurrencies are designed to affect the game dynamics. The cars will be sold on their official website.

How the Blockchain Can Change The Personal Data Processing Market